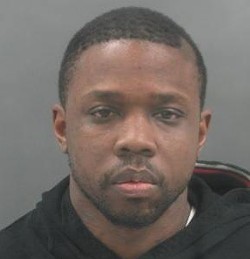 As a fifteen-year-old girl walked to her school bus stop, St. Louis resident Charles Smith grabbed her, forced her into his car with a box cutter -- and tried to rape her. She managed to escape half-clothed and flagged down a passing motorist for help.

This is the terrible incident of violence that St. Louis Circuit Attorney describes in her announcement that Smith, 28, has finally been sentenced.

On February 6, 2012, prosecutors say, the girl was walking with headphones on when the man grabbed her from behind. In fighting him off, she suffered scratches bruises and lost a chunk of hair -- and he got away with her cellphone and backpack until cops were able to track him down at his business.

How stiff is his sentence? 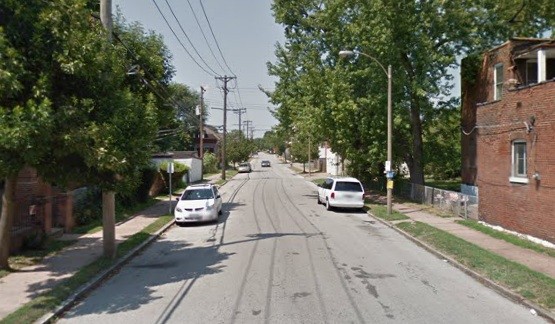 In her announcement, Joyce offers some insight into the St. Louis Metropolitan Police Department investigation and the work of the detective who led the case.

For SLMPD Detective [Patricia] Nijkamp, the job doesn't end until justice is served. She was the lead detective on a 2012 case involving a man who attempted to rape a 15-year old girl....

As you can imagine, navigating the criminal justice system after such a traumatic event is not easy. Detective Nijkamp was there for the young victim every step of the way. Although she's not assigned to the Sex Crimes Unit anymore, she made sure that she was there for the entire sentencing. When the young victim became emotional during her impact statement, she reached out to Detective Nijkamp who came and held her hand while she read her statement.

And in response to a question on her Facebook page, Joyce also gives some details on the process of prosecuting this case and the life sentence of thirty years:

When someone is charged with a crime, there are a options a defendant has before him. He can choose a jury trial, bench trial (trial before a judge), plead guilty before a judge or offer a plea agreement to prosecutors that would be accepted or denied. In this case, the defendant plead guilty before the judge, therefore the judge makes the sentencing decision with input from the prosecutor but without input from a jury.

In a jury trial, this defendant could have been sentenced by the jury. Five of the six counts carry a maximum of life in prison, which is 30 years. The amount of time a person serves for a sentence like this is up to the Missouri Department of Probation and Parole once he is in prison. If he is paroled, which is an option once he serves 85% of his sentence, he will remain on parole for life.