Trucker Charged in Death of Illinois Cop, But Attorney for Deceased Says Employer to Blame 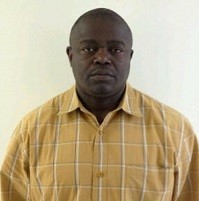 He told investigators he zoned out seconds before striking Kyle Deatherage as the Illinois State Police trooper was making a traffic stop along Interstate 55 near Litchfield. Now, five months later, Johnny Felton Jr. faces a charge of reckless homicide for the death of the 32-year-old motorcycle cop.

Yesterday state prosecutors in Montgomery County also charged Felton with operating a tractor-trailer in violation of restrictions on his driver license that only allowed him to operate a commercial truck in Georgia.

So why did his employer, Dot Transportation Inc., allow Felton to operate one of its big rigs in Illinois last November when he mowed down Deatherage? That's what the attorney for the deceased, former SLU law dean, Tom Keefe, wants to know.

"I can't wait to hear how they explain that one because it's categorically impossible not to know that he was not properly licensed. They're supposed to have his license on file," says Keefe, who has brought a wrongful death lawsuit against Dot Transportation on behalf of Deatherage's widow and two young children. 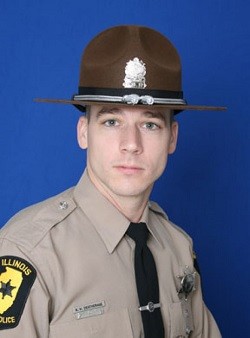 Keefe notes that the U.S. Department of Transportation cited Dot Transportation in January for "knowingly allowing, requiring, permitting or authorizing" Felton to operate a commercial motor vehicle without proper licensing.

Jim Tracy, the vice president and attorney for Dot Transportation, tells Daily RFT that Felton had an interstate license for most of the five years he has been employed with the company. But that all changed last July when Felton went to renew his license and made a clerical error during the application process that restricted his driving.

"It is our understanding that he just checked the wrong box when getting his license," says Tracy. "You have the option of checking interstate or intrastate."

In a statement yesterday from its PR agency, Dot Transportation said its management and employees continue to express deepest sympathies for Deatherage's family. The company -- a wholly owned subsidiary of the Mt. Sterling-based Dot Foods that boasts of being "the nation's largest food redistributor" -- also stated it was unaware of any reason that Felton was unable to safely operate one of its trucks and that it fully cooperated with authorities during their criminal investigation into Felton.

Tracy declined to comment on Felton's medical history due to employee privacy restrictions but noted that he had a valid medical card required of commercial truck drivers. Felton, 52, remains employed with Dot Transportation in a non-driving position.

Keefe, meanwhile, says that the Tracy family that owns Dot Foods has not been as compassionate toward Deatherage's survivors as yesterday's press release suggests. For example, the company has fought to move the wrongful death suit out of Madison County where the Deatherages lives.

"The Tracy family is the poster children for corporate greed," says Keefe. "Here's a company with $3 billion in sales that puts profits over personal safety. As a consequence one of Illinois' finest -- by all accounts a magnificent police officer and, more importantly, a husband and father -- is dead."