Opponents of smoking bans in Missouri argue that the government should not regulate the policies of private businesses. And now, Missouri State Rep. Kathie Conway has her own government proposal that she says would send that message very clearly: Punish cities that enact overreaching no-smoking ordinances. How?

Take away the tax revenue the city gets from establishments hurt by the smoking bans.

"The goal is to protect private property rights," Conway, a Republican from St. Charles, tells Daily RFT. "I just really wanted to get the conversation going."

On the latter, she's definitely had some success.

Conway's House Bill 1021, which had a hearing last week, is pretty short and simple in its current draft form. It says:

In other words, if signed into law, it means local municipalities and counties would lose tax revenue if they successfully passed smoking bans. 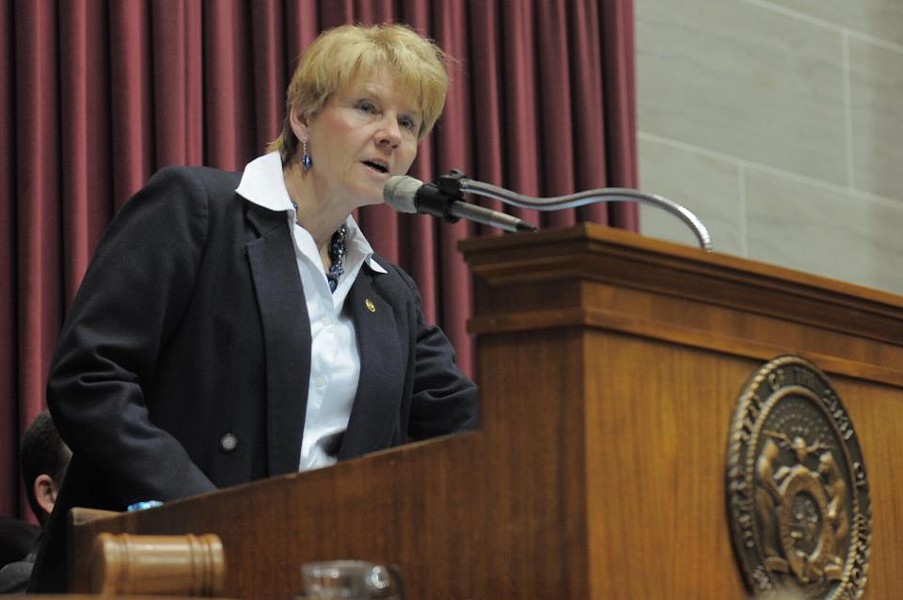 The bill has nothing to do with her opinion on smoking, she says.

"I just want to be absolutely clear," she tells us, "I disagree with smoking. I think smoking is a bad thing to do. I'm not promoting tobacco."

What she is promoting is the rights of private businesses to allow this kind of activity on their premises if they choose, she says.

Since it got attention last week, opponents -- including cities interested in smoking bans and anti-smoking advocacy groups -- have argued that it's a misguided attempt to punish cities working to improve public health.

Redirecting that tax revenue, critics say, would hurt municipal services and thus negatively impact all residents of a city with a ban.

Continue for details on Rep. Conway's latest revisions to the bill and the full proposal.

Conway says that she has been working on a revision of the draft that would specify that this would only apply to "entertainment" businesses that specifically want to allow smoking and are hurt by a ban. That category, she says, would include casinos, restaurants, bowling alleys and more.

Conway argues that ordinances that give exemptions to certain kinds of businesses are not fair.

"I just want to try and make it more of a level playing field," she says.

Simply put, government shouldn't get in the way, Conway argues.

Responses have been pretty evenly split between support and opposition, she says. "I've heard from a lot of nonsmokers...that say it should be the business owners' right."

Others concerned with the ill health impacts of smoking, however, aren't pleased, she says.

It's unclear if the proposal will get far in this final stretch of the legislative session. But if it doesn't advance, she may try again.

"I'm not sure I'm finished if it doesn't go forward this year," she says.