This is a new one.

Missouri lawmakers concerned that the government is violating the privacy of concealed-carry permit holders have come up with a unique way to express their frustration: a budget proposal that entirely defunds the state's license division.

The State Senate yesterday passed a budget proposal that completely gets rid of $3.5 million allotted to the Division of Motor Vehicle and Driver Licensing, the government arm that has faced GOP backlash for allegedly collecting and sending off personal documents of gun owners in Missouri.

What would it mean if that budget actually passed out of the legislature? Firstly, Missouri could not issue new driver's licenses...because the agency responsible would have no funding.

It would seem unlikely that this budget as written would ultimately be adopted given that the outcry over alleged privacy violations could likely be addressed without taking away all of the funding for the licensing process in the state. (One bill that ensures the privacy of concealed-carry applicants has continued to move forward).

The perfected House version of the budget has "Section 4.015. To the Department of Revenue" allotting $3,545,132 specifically to the Division of Motor Vehicle and Driver Licensing.

In the new Senate version, however, that entire section is removed. (The budget, on page two, goes straight from Section 4.010 to Section 4.020).

This appears to be an effort to send a clear message about the gun privacy debate, which has dominated headlines at the Missouri State Capitol in recent weeks. The controversy stems back to a citizen's lawsuit alleging that state officials were violating his privacy when he applied for a concealed-carry permit by trying to scan and retain personal documents. 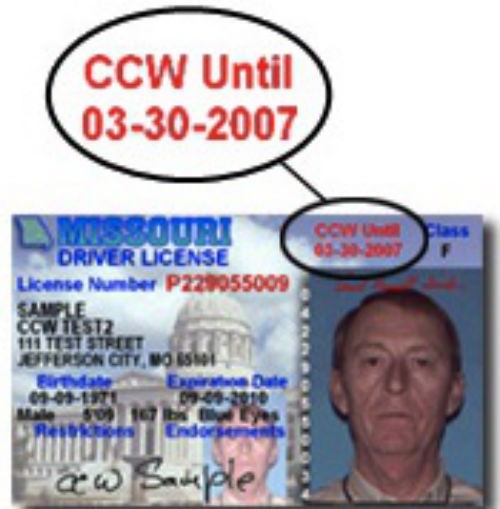 Most recently, the Missouri revenue director resigned and Governor Jay Nixon, a Democrat, said the state would stop scanning and retaining concealed-carry weapon certificates. Many GOP critics are not satisfied, however, and State Rep. Tim Jones, speaker of the House, spoke out about the "DOR scandal" yesterday. Republican Senator Kurt Schaefer has also been hosting events tied to this. Senator Brian Nieves literally screamed about it on the floor last week, too.

Asked for a comment on the Senate budget that defunds the license division, a DOR spokesman says in an e-mail to Daily RFT: "The Department will continue to monitor the state budget as it progresses through the Legislature."

From here, lawmakers from the Senate and the House will come together to negotiate a final budget proposal in the remaining weeks of the legislative session.

Schaefer, who is also the senate appropriations committee chairman, told the Associated Press that he hopes the proposed cut would prompt license officials to do a better job responding to lawmakers -- and said that he expects the division will receive some money in the final version of the budget.

Here's the Senate proposal, which excludes funding for the licensing bureau.

And here's the House version.