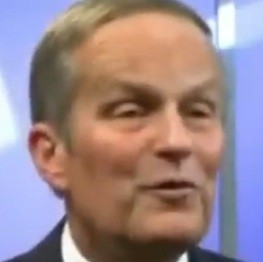 They shout his name at the Missouri State Capitol when lawmakers propose anti-abortion bills. He was the inspiration for an entire episode of Law & Order SVU this season.

And now, ladies and gentlemen, Todd "Legitimate Rape" Akin, the failed Senate candidate who got national attention for his controversial abortion remark, is back...with an exclusive KDSK (Channel 5) interview in which the reporter states, "It may be the greatest comeback ever." Huh?

The segment airs Thursday at 10 p.m., but KSDK already has an intriguing teaser out. Video below.

Here's the short promotion for the interview with reporter Leisa Zigman.

The video starts out with some seemingly sympathetic words for the former representative who lost his Senate bid against Claire McCaskill, in large part because of his comment that women can't get pregnant from "legitimate rape."

"To this day, Todd Akin continues to be attacked from all sides, especially from the Republican establishment," Zigman says. "He's been blamed for everything, including the Republican divide."

And the teaser gives us this snippet of insight from Akin: "I believe the party will either stand on principled positions, or it's going to be replaced by some other party."

A bit strangely, the channel seems to be promoting its interview with the hashtag #AkinComeBack: