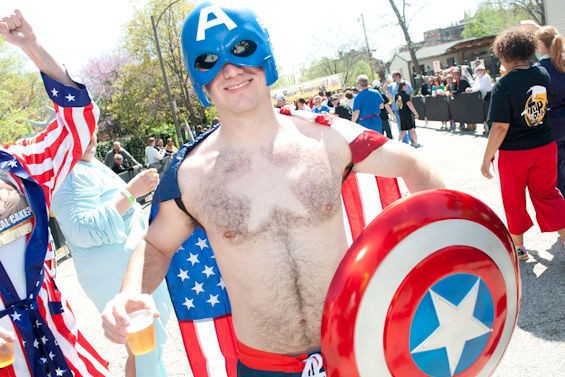 It's like Mardi Gras...only you also have to run four kilometers! How? Who friggin' knows! But such is challenge of the Tap 'N' Run, in which racers put on really crazy costumes and run 4K through the Soulard neighborhood, consuming a lot of beer along the way.

RFT was on the scene over the weekend to snap some shots and below we present to you the top twenty most ridiculous costumes that we can only imagine make running -- inebriated or not -- very difficult. 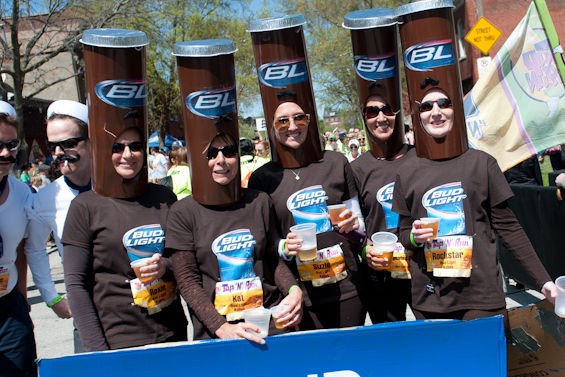 20. Beer Run: It may be a light beer, but those things on their heads seem like they really might weigh you down.

19. Censored: Good to cover up those private parts...but not sure this is the most ergonomic way to do it?

18. Seeing Is Unimportant: Plus, your hair is not in your face! Silver lining? 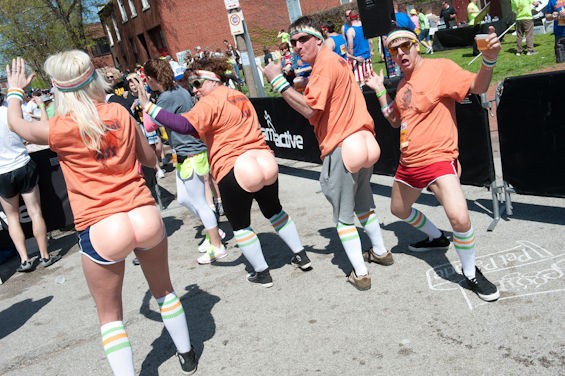 17. No Butts About It: With these costumes, it could be easy to get left behind. 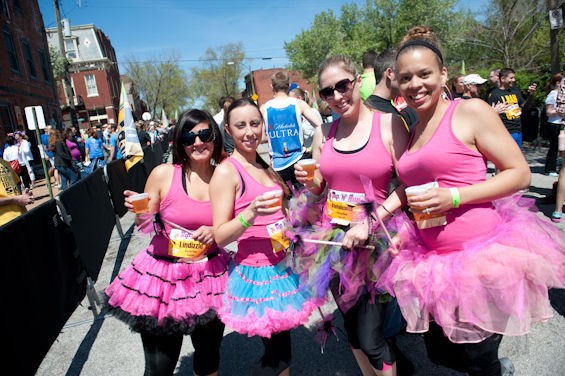 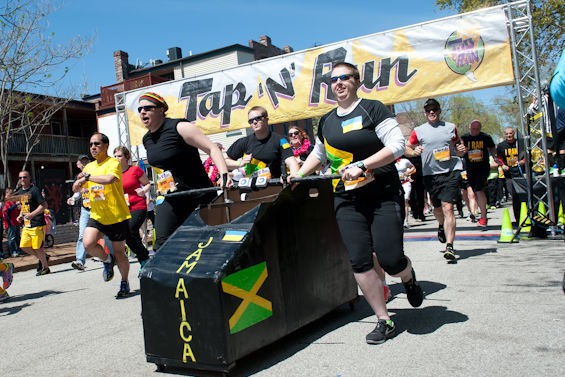 15. Jamaica: Is it cheating if you use a car? Not if it's made out of cardboard! 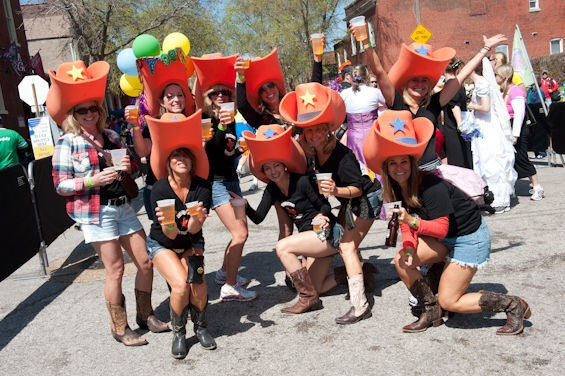 14. Cowgirls: The hats may make running difficult...but they do provide some good sunblock! 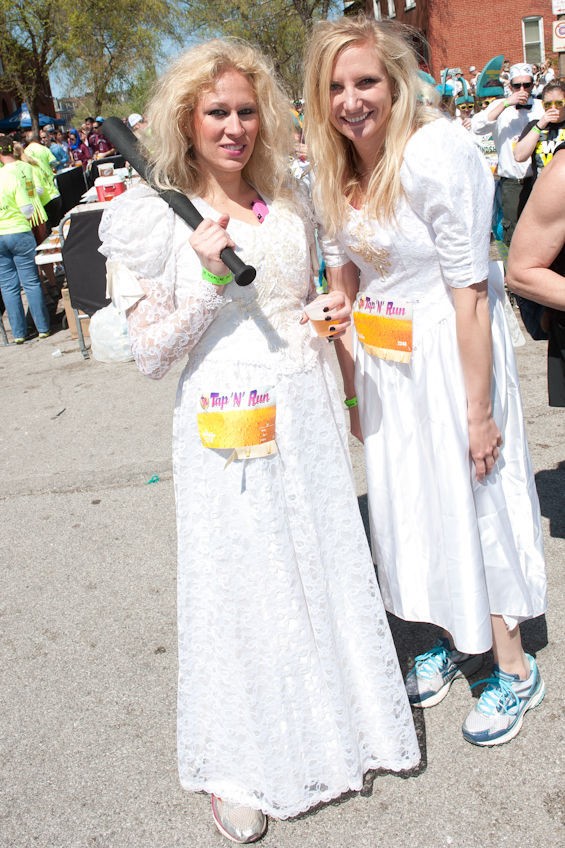 13. White Dresses: As long as they've got sneakers, it can't be too hard.

12. Kiss: Just try not to work up a sweat...or get some good waterproof makeup. 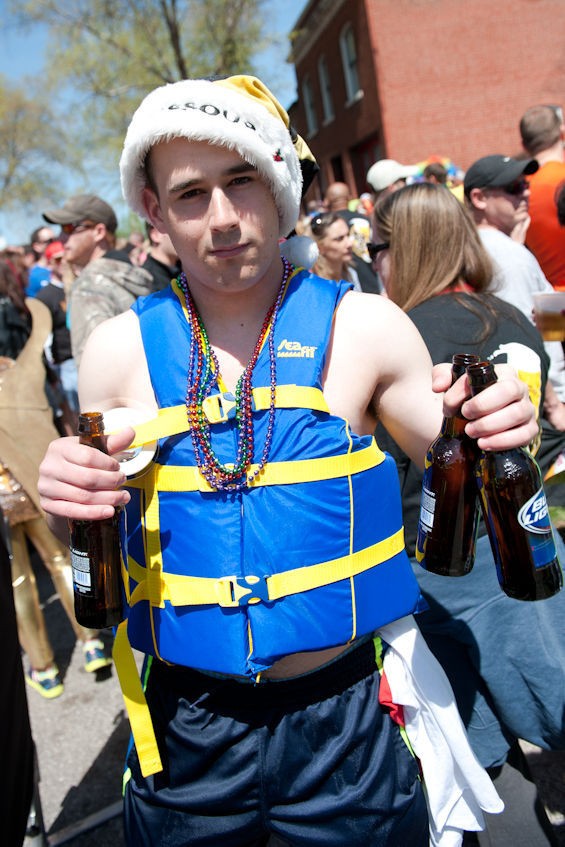 11. Life Jacket: In case you're drowning in beer?

10. LMFAO: These guys love LMFAO, but there's nothing party-rockinggg about dragging this karaoke machine for four kilometers. 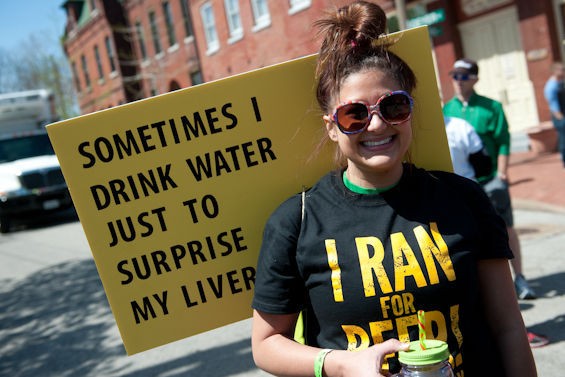 9. Good For the Liver: A little water and a big sign make running a whole lot easier.

8. I Can Do Anything: Drunker than you.

7. Moses: Thou shalt run drunk with a really ridiculous costume. Thou can do it. 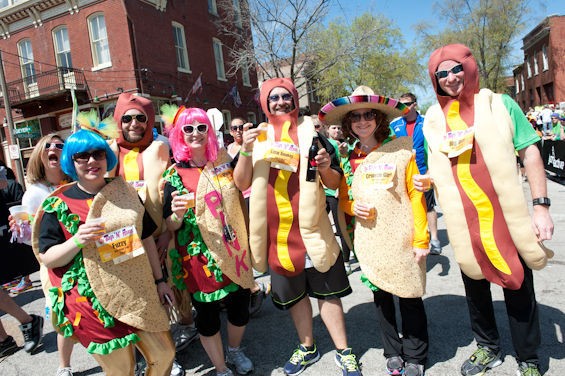 5. Hot Dogs And Tacos: If you get the munchies, don't eat your running mates. 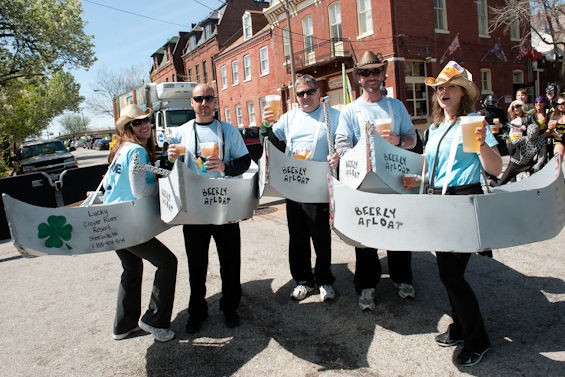 4. Beerly Afloat: More candidates that would do well if the race involved some swimming. 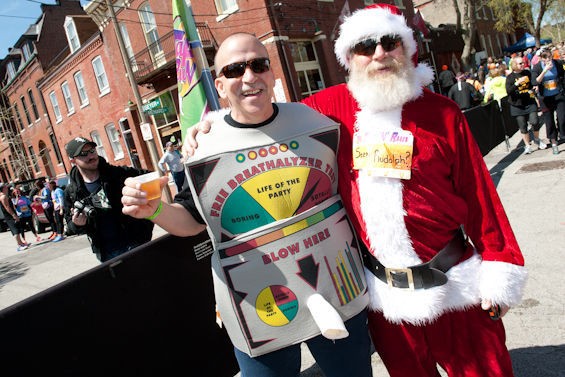 3. Santa Claus: Costume looks hot enough that this dude probably wishes he was in the north pole.

2. Dr. Sock: If he or others collapse from exhaustion, at least there will be a medical professional on site!

1. The Giant Bra: Seriously, how would these two even get 1K?