On Friday, we reported on a St. Louis circuit judge's surprise decision to reject a plea deal for suspect Kevin Beindorff who shot and killed eighteen-year-old Matthew Pellegrini. The victim's family celebrated the unexpected decision, after weeks of protesting a plea deal that would give Beindorff, 22, seven years in prison. The high-profile case has gotten a lot of attention, in part, because the suspect told police that his friend "asked to be shot."

Just a few hours after the judge's decision, though, the family got word that the defense's attorneys had already managed to bring the case to another judge who could, next month, very well accept the exact same plea deal. Tami Inkley, Pellegrini's mother, who had expressed her relief to us right after the decision, says she is shocked. "I'm just heartbroken and frustrated."

Meanwhile, Circuit Attorney Jennifer Joyce, who has faced backlash from the victim's family, decided to address some of the outcry with a lengthy and personal statement in the comment section of the Post-Dispatch.

"While the impact of this tragedy on Mr. Pellegrini's family has been tremendous, under our legal system charging decisions and plea agreements are made by objective prosecutors based on the evidence available and the application of the laws of the State of Missouri," Joyce wrote. The full statement is on view below.

Inkley and Pellegrini's other grieving relatives have continued to criticize Joyce since news broke that her office and the defense had agreed to a plea deal that would give Beindorff an involuntary manslaughter conviction instead of a second-degree murder charge. The case therefore did not go to trial.

Beindorff shot Pellegrini point-blank in the head inside a car, but has argued that he didn't intend to kill him.

While the family initially thought on Friday that Joyce could have a second chance to address the family's pleas for a stiffer prosecution, soon after, they learned that a second judge will have an opportunity on May 7 to accept the same plea deal and offer an accompanying sentence.

"She let us down once again," Inkley says, adding that the family continues to learn of these developments from reporters, making the process all the more frustrating. "There's no communication."

Inkley, who offered emotional testimony a week prior, says she is starting to feel helpless. "I don't know what else to do.... There's no input from the victim's family. Why are they protecting the perpetrator?"

Continue for commentary from Jennifer Joyce.

Joyce's office, who has offered sympathetic statements in the past, didn't have much to say on Friday other than that they respected the judge's decision and would move the case forward to the next judge. 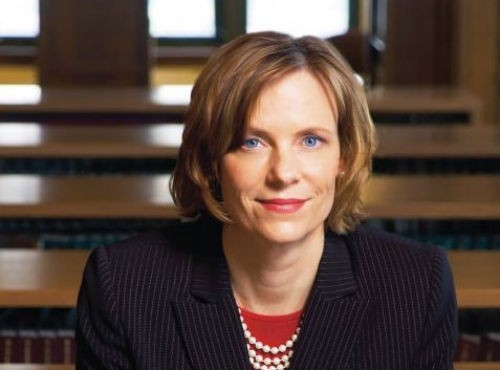 But in response to an angry comment on the P-D from Nikki Moungo, a neighbor and family friend of Inkley who has been a vocal supporter throughout the case, Joyce, through the official circuit attorney Facebook account, decided to weigh in.

Moungo wrote that prosecutors have failed to bring justice in this case. Joyce responded:

Ms. Moungo, I am deeply sorry for the loss you and the Pelligrini family have experienced throughout this terrible ordeal. We are aware that the family would have preferred to go to trial on this matter on charges of Murder in the 2nd. The Grand Jury indicted Kevin Beindorff of Involuntary Manslaughter 1st Degree and Armed Criminal Action. Since then, we have turned over every stone and followed every lead to ensure we had all available evidence and witness accounts in this matter.

While the impact of this tragedy on Mr. Pellegrini's family has been tremendous, under our legal system charging decisions and plea agreements are made by objective prosecutors based on the evidence available and the application of the laws of the State of Missouri.

The input and cooperation of victims and their families are essential to our pursuit of justice in every case. We do our best to accommodate and fulfill their wishes. In most cases, prosecutors and victims' families are aligned with the course of action on a given criminal matter. On a rare occasion like this, the opinions regarding a course of action to achieve justice between prosecutors and a victim's family differs.

I can assure you that no one had a "nice cup of coffee" or "giggles and smiles" over this matter. This is a terrible case, just as all violent crimes. And, our prosecutor was not being disrespectful to the judge, as she would have quickly been found in contempt of court. She is one of our most experienced attorneys and she cares deeply about this case and about ensuring justice is served. She followed proper court protocol by taking this back to Division 16 and Judge Hettenbach.

In addition, here in St. Louis we prosecute some of the most violent crimes in the state. We have more trials in this circuit that all others in the state combined. I can assure you we are not afraid to go to trial over serious crimes.

You can read the whole exchange over at the P-D.

Here's a copy of the plea deal that could be accepted next month.