Did Tribune Print Reader Threat to a Senator? "I Will Duel Him Until His or My Death"

Currently on the Columbia Daily Tribune's "Letters to the Editor" page, you will find commentary from one reader that is a bit unusual.

In his April 17 letter, Dave Raithel writes of Republican State Senator Kurt Schaefer, "I will duel with him until his or my death, with weapons of his choosing, at a place and time as he identifies."

On Twitter, readers are slamming the paper for choosing to publish a letter that some are labeling a "death threat."

"I thought it was a lively piece of rhetoric," Jim Robertson, managing editor, tells Daily RFT. "If you read it...in context, I think you'd have to work hard to make that a death threat."

So first, here ya go, the letter in its full context:

Editor, the Tribune: I accuse that Sen. Kurt Schaefer is a man of low account and dishonor, a coward without principle; a disingenuous and sniveling prevaricator; a corrupt malefactor and despiser of the public good, and that not since the odious Kenny Hulshof besmirched the title of congressman have the people of Columbia been so ill served by one betraying the public trust for lucre and power; and that to defend my accusation and allow the scoundrel satisfaction to refute these charges, I will duel with him until his or my death, with weapons of his choosing, at a place and time as he identifies.

Hammers and trashcan lids, knives, pistols, shotguns, no-holds-barred, bare-knuckled eye-gouging, ear-biting, groin-kicking and brawling (on account of I still don't know what it is to really beat somebody to death) are all good.

Reached today, Robertson defends the decision to run the letter, noting that the author is a "well-known dissident in Columbia."

"He has been using that kind of...over-the-top rhetoric for 40 years," he continues. "Our readers, with a few exceptions, know who the guy is."

Here are some tweets from angry or confused readers in response to the published letter:

Disappointed in the @columbiatribune for choosing to publish a death threat of @kurtuschaefer. Very poor decision. bit.ly/ZsUSVs

Having trouble understanding the decision to print this Letter to the Editor in the @columbiatribune: bit.ly/ZBJ9Qu #CoMo

I suspect a visit from the police is in order - Man challenges Sen. Schaefer to duel. Columbia Daily Tribune columbiatribune.com/opinion/letter...

Robertson says he hasn't gotten any specific requests to remove the item.

"I can't imagine us taking it down," he says. "That's an overreaction."

What does Raithel have to say about his letter?

"I'm surprised they printed it," he tells Daily RFT.

Continue for our interview with the Dave Raithel.

Raithel, 57, who grew up in St. Charles, tells us that he's really fed up with Schaefer, who has gotten a lot of attention recently for some of his pro-gun efforts, including his work to protect gun-owner privacy (tied to a Department of Revenue controversy). 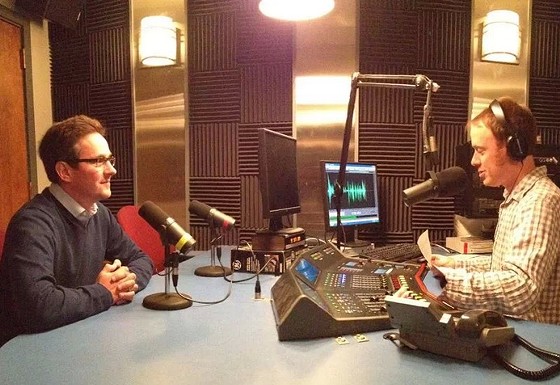 "He wasn't this kind of nutjob when he got elected," says Raithel, who is currently unemployed and recently ran for a school board position.

"Frankly, I don't get it," he says. "He was a moderately conservative Republican when he was elected.... What he is doing does not at all represent the interests of his constituents."

After referencing President Andrew Jackson's duels, Raithel tells us, "I'm as serious as I take him."

We left a message with Schaefer's office this morning and will update if we hear back.