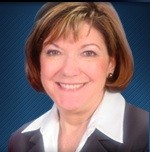 During a debate about public assistance benefits last week at the Missouri State Capitol, Republican representative Sue Allen proposed an amendment that would place restrictions on abortion -- and immediately faced an outcry from House Democrats who compared her to Todd Akin.

"We are trying to expose as much as we can that the Todd Akin thing is still around," says Democratic representative Stacey Newman, who alerted Daily RFT to the anti-abortion proposal and tweeted her outrage as Allen's amendment was being debated.

Allen, however, says that her opponents didn't take time to understand her idea -- and viciously attacked her.

"It's just amazing how loud and upset people get," Allen tells Daily RFT. "The people who were on the other side of the aisle got...vile quickly. I guess I should expect that."

Reproductive rights are still hotly debated in the Missouri legislature, where many pro-life Republicans (and some Democrats, too) continue to propose bills that would expand limitations on abortion.

Missouri, of course, was in the spotlight last year for Rep. Todd Akin's comment that women can't get pregnant from "legitimate rape," which effectively destroyed his challenge against U.S. Senator Claire McCaskill, a Democrat.

Many months later, the "legitimate rape" fiasco, it seems, is still providing ammunition for Missouri Democrats against proposals designed to restrict abortions in the legislature.

Here are some of Newman's tweets about Allen's amendement:

Rep Sue Allen's amendment on HB343- if you're on Medicaid and dying, you can't have an abortion. #moleg

Newman tells us that Allen struggled to respond to questions from Democrats about how her amendment would protect a pregnant woman seeking an abortion when her life was at risk and says that after enough outcry, she withdrew the amendment.

The bill in question, House Bill 343, offers a range of welfare reforms (that some critics say unfairly attack those on public assistance in the name of reigning in welfare abuse).

Allen's short (now withdrawn) proposal amendment, on view below, says that family planning services covered by MO HealthNet, which provides health care for low-income residents, "shall not include abortions" -- and removes a sentence relating to the life of the mother.

"I don't believe in abortion," Allen tells us, but adds that her opponents were misunderstanding her proposal.

Continue for more of our interview with representative Sue Allen and for the full proposal.

"I knew it wasn't going to go anywhere," Allen says of her amendment.

She says she still wanted to bring forward her suggestion and have a reasonable discussion about it. Allen argues that doctors shouldn't have such great flexibility in determining throughout a pregnancy that an abortion is necessary. More restrictions are needed, she says. 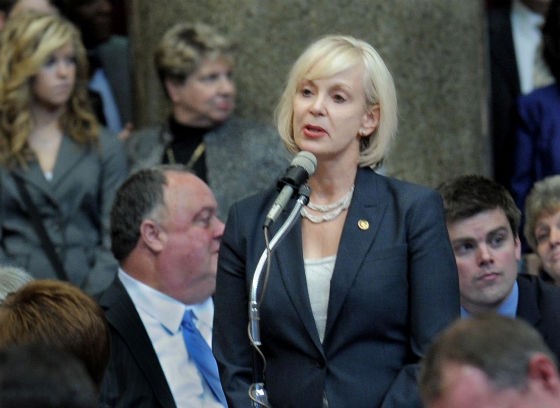 Allen argues that there's a "big hole in the statute" in general, not just with those on public assistance.

"I thought the message needed to be made," she says. "I wasn't prepared for the attacks -- the vile attacks that came from the other side of the aisle."

"They were yelling and screaming at me...accusing me of saying it's okay to kill the mother," Allen continues. "That's ridiculous."

She adds, "They accused me of being Todd Akin.... I was one of the first people to call Todd Akin to ask him to withdraw."

Here's the proposed amendment followed by the full draft bill.