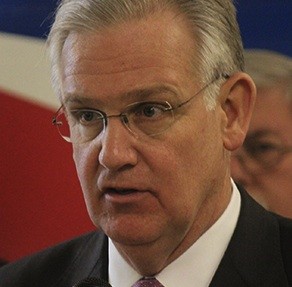 For weeks now, Missouri Republicans have increased pressure on the state Department of Revenue and the governor's office to address allegations that they are collecting and storing records on concealed-carry permit holders in the state -- and possibly shipping that data off to the federal government.

Today, Brian Long, director of the Missouri Department of Revenue, announced his resignation, just a few months after he was appointed.

His resignation letter to Governor Jay Nixon, on full view below, doesn't reference the gun-privacy controversy, but says, "My brief tenure as Director has taken a toll on me and my family that I could not have anticipated when I accepted the position in December of 2012."

Scott Holste, spokesman for Nixon, tells Daily RFT that "the resignation was not asked for nor encouraged."

While it's unclear what role this gun debate played in his decision, the GOP outcry against Long's agency has likely make the job heading the revenue department a lot more challenging.

As we've reported, this issue first came to light when one concealed-carry permit applicant alleged in a lawsuit that the state was unfairly requiring that he submit personal, private documents for official record keeping. That suit sparked criticisms from top Republicans in the state who have pushed forward with legislation to protect concealed-carry permit holders' privacy -- and ensure that the state, through the licensing processes more broadly, is not illegally maintaining private records. One conservative group spent $400,000 on an ad blitz directly pressuring Nixon not to send gun information to President Barack Obama. (Critics say these concerns are a paranoid waste of time.) 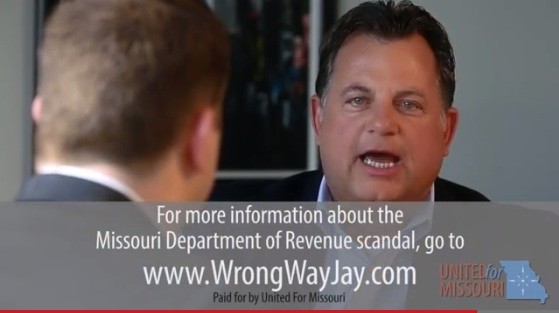 The pushback intensified last week with news that the Missouri Highway Patrol had apparently given the federal government a list of Missourians who have concealed-weapons permits.

This fight in Missouri comes as federal elected officials debate universal background checks, which some Republicans (like U.S. Senator Roy Blunt) oppose, for fear that it paves the way for a "gun registry."

Nixon's announcement today of Long's resignation makes no mention of the gun issue and includes a short quote saying, "I want to thank Brian for his service to the state of Missouri in heading up this department, and wish him well in his future endeavors."

Nixon's office says that John Mollenkamp, deputy director of revenue, will step up as acting director of the department and that Long's resignation is effective immediately.

The governor has said that the state isn't trying "to mess with people" by building "a magical database" of personal information.

Here's the full letter from Long followed by the announcement from Nixon's office.

"I want to thank Brian for his service to the state of Missouri in heading up this department, and wish him well in his future endeavors," Gov. Nixon said.

Long had been named Director of Revenue in December 2012.