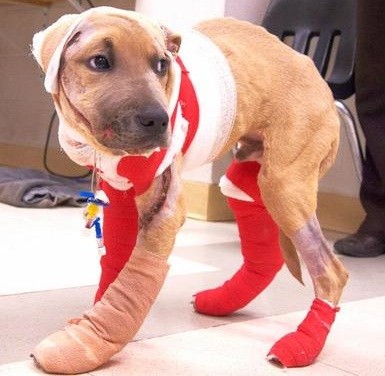 Last month, we gave you an update on Trooper the Dog, the brave little puppy who was dragged for a full mile on the highway by an unknowing driver. He's recovering quite well and getting a lot of love from fans around the globe.

Today, we bring you the news of the woman responsible for the brutal dragging. Benetta Johnson, 41, was sentenced yesterday in what sounds like a dramatic courtroom trial where the East St. Louis woman tried to explain that she never meant to harm the animal.

Then, she reportedly broke down sobbing.

As we've reported, last November, the puppy, only five-months-old, was tied to a truck that drove off on the interstate for a mile until he pulled over as someone honked him down.

Trooper, as the rescuers eventually named him, was in shock.

The driver was not charged and investigators soon traced the incident to Benetta Johnson, the driver's ex-wife, who says she was just trying to return the dog to her ex-husband, but couldn't track him down.

In court, the Post-Dispatch reports, Johnson testified that she and her son had originally put the dog in the bed of her ex's parked pickup, but they were worried that he would jump out or get hurt.

So they tied him to the trailer hitch.

They kept looking for her ex-husband, but he didn't show up, so they left.

It was cold out and the dog was underweight and suffering from intestinal parasites. Then the man got in the car and drove off.

Continue for details of Johnson's sentencing and for more photos of Trooper.

Johnson was sentenced yesterday to two years of probation and 150 hours of community service -- and is also banned from owning or caring for pets for the next two years. In addition, she was ordered to donate $250 to the Humane Society of Missouri, which took in the pup and spent more than $50,000 on Trooper's recovery, the paper reports. Her charge is "failure to properly care for and control" the dog.

She could spend a year in prison if she fails to meet any of those terms of the probation.

The Humane Society, which recently held an art exhibit that featured photos of Trooper's recovery, sent out a press release yesterday applauding the decision.

"The Humane Society of Missouri believes the guilty verdict in the Trooper animal abuse case is absolutely fitting," said Debbie Hill, vice president of operations said. "We believe there is no excuse for animal abuse and will continue to seek justice on behalf of all victims without voices."

Trooper wasn't available for comment, but he reportedly "loves pretty much everybody." And the world loves him, too. Photos from his recovery -- and his new modeling career -- below. 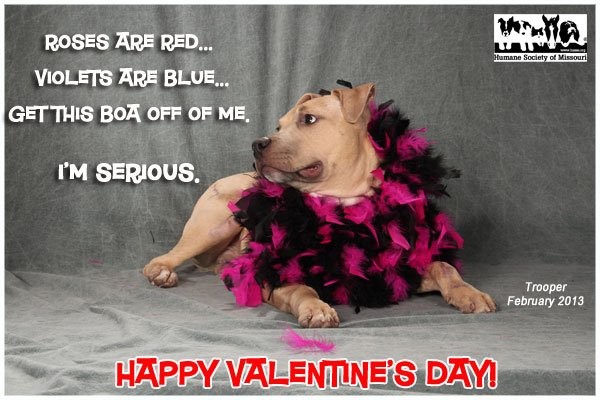 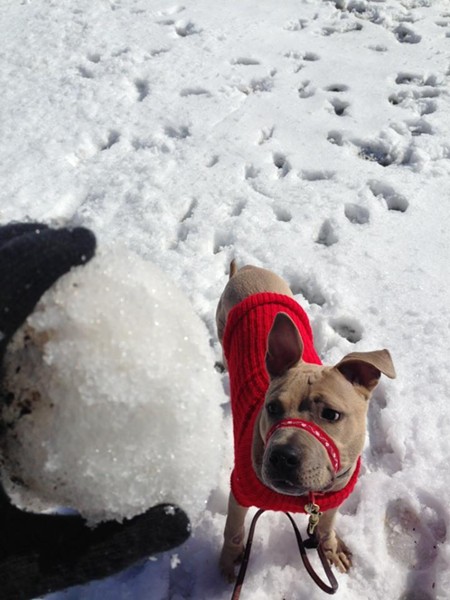