What do you do after the St. Louis Rams name you the team's "rookie of the year"? If you're cornerback Janoris Jenkins, you apparently head back to your home state of Florida and let your freak flag fly on the Internet.

Jenkins (or his clone) is all over Instagram these days, posting images under the username jackrabbit21 -- a nod to his days chasing rabbits as a kid in south Florida and his Rams' uniform number.

Take, for instance, the following photo posted on Instagram yesterday with the caption, "Strip club ready."

Daily RFT has a call out to the Rams for comment about the Instagram account and whether or not the team has a social-media policy for its players. Instagram, unlike Twitter, does not verify the authenticity of celebrity accounts. Also, it should be noted that nothing we we found on Instagram suggests any illegal activity, though many of the photos live up to Jenkins' party-boy reputation. 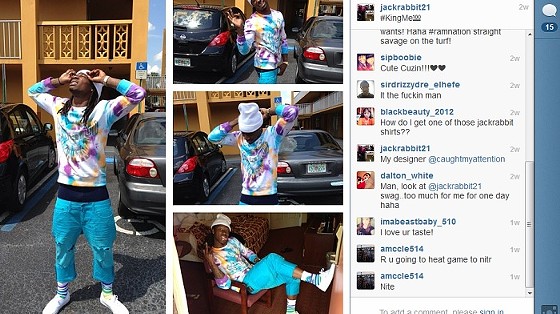 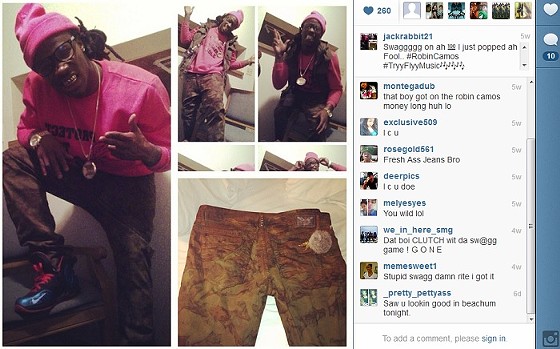 Prior to the 2012 season the Rams signed Jenkins, a second-round draft pick, for $5 million over four years with $3.1 million of that guaranteed. And in that first season, Jenkins set an NFL rookie record for three interceptions returned for a touchdown.