Earlier this week, we told you about the ongoing court battle centered on a 1990 murder case, with attorneys for accused killer Mark Woodworth now seeking testimony from Missouri Governor Jay Nixon.

Since then, Daily RFT has heard from the family of victim Cathy Robertson -- and they are less than pleased with the latest efforts of Woodworth's legal team, which is preparing for a third trial in the high-profile case.

"This is one of the most desperate measures we have seen out of the defense so far," Rhonda Robertson Oesch, one of Cathy Robertson's daughters, says in a statement in response to the defense's effort to bring in Nixon. "They must believe the public is really stupid."

The harshly worded statement from the family reflects just how heated this case remains -- more than twenty years after Cathy Robertson was shot to death in her Chillicothe home while she was sleeping. Her husband was critically injured. 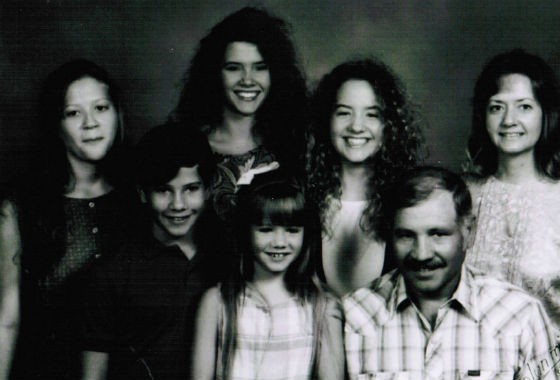 Woodworth, a sixteen-year-old neighbor at the time, was eventually arrested and convicted, spending nearly two decades behind bars; he was, however released from prison earlier this year when the Missouri Supreme Court overturned his conviction. But Missouri Attorney General Chris Koster has appealed that decision, which means Woodworth must face another trial (which will be his third in this case).

Woodworth has always maintained his innocence and his legal team has had some success arguing that the prosecution's case was flawed and involved potentially tampered evidence -- which is why they are seeking the testimony of Nixon, who was attorney general back in 1993 (though did not directly prosecute the case).

Robertson's family, though, says the defense is grasping, trying to blame anyone but Woodworth. Here's the full statement from Rhonda Robertson Oesch, who was asleep in the home at the time of the murder:

This is one of the most desperate measures we have seen out of the defense so far. They must believe the public is really stupid. I guess their next step is going to be to accuse us of participating in the 911 and the JFK conspiracies. That's just how ridiculous their efforts are to distract people from the evidence against Mark. It's really sad that they feel the need to try to try to destroy the reputations of countless people in their effort to exonerate a twice-convicted murderer.

Asked about the conspiracy comment, Woodworth's attorney Robert Ramsey tells Daily RFT, "They can call it whatever they want to, but there are some people who got together in Mark's case and agreed to do things that were not proper."

He adds that Nixon, as attorney general, worked directly with prosecutors who made serious errors. (A recent ruling cited "egregious, flagrant, cavalier disregard for evidentiary procedures and processes").

"If that doesn't make him a witness, I don't know what does," he says.

Nixon's office didn't respond to a request for comment from us earlier in the week and the governor told the Associated Press that it's up to the attorney general's office to decide if he should testify. Woodworth's attorneys say they will issue a subpoena if necessary.