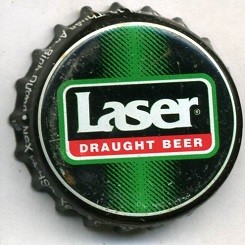 A St. Charles man has learned a valuable lesson: pointing a laser at an aircraft can be wickedly entertaining when you're drinking and painfully regretful when you're standing before the judge.

Yesterday, 36-year-old Michael Brandon Smith was sentenced to two years of probation, two months home confinement and 40 hours of community service for pointing a laser at a police helicopter.

The 'copter was providing air support for a burglary in St. Charles County last May when it was struck by a green laser beam, impacting the vision of the pilot and a police observer on board the aircraft. The pilot then steered the helicopter toward the source of the laser and observed Smith standing in his driveway with the laser. Police on the ground arrived moments later and arrested Smith and seized the device.

According to court documents, Smith told O'Fallon police that he had been drinking and playing around with the laser and pointed it at the helicopter.

Last November Smith pleaded guilty one felony count of the new federal crime of aiming the beam of a laser pointer at an aircraft. The police observer inside the helicopter at the time of the laser strike suffered short-term visual problems.