Man "Randomly Slashing" Strangers With a Box-Cutter On the Loose in St. Louis?

This is the kind of really random crime that may make you want to just stay inside.

St. Louis metro police say that an unknown male walked up to a bus stop near Fairground Park this week and began "randomly slashing a box-cutter at the individuals at the stop."

The authorities got word of the incident from a 49-year-old woman who was there at the time -- and lived to tell the tale. But not without injuries.

Police say that the incident took place at the 4300 block of Natural Bridge Avenue around 9 p.m. on Monday.

The woman who reported the incident told police that a black male walked up to the stop and started slashing. 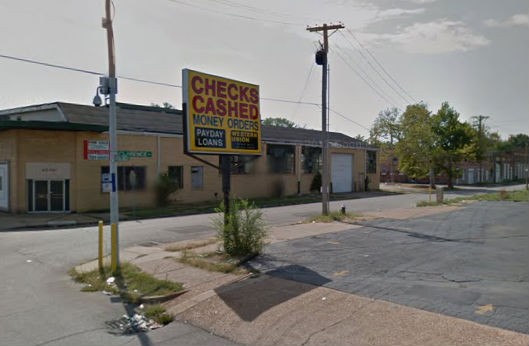 She suffered a cut on the side of her head, police say, and was eventually taken to a nearby hospital. She was listed in critical, but stable condition.

At this point, it appears that there are few details on a possible suspect. The investigation is ongoing.

Here's the full report from SLMPD.

Incident: Assault 1st (Cutting) Location: 4300 block of Natural Bridge Date/Time: 04/01/13 @ 21:00 Victim(s): 49-year old black female Suspect(s): Unknown black male Victim stated she was standing at the bus stop located at the above address when a black male walked up to the bus stop and began randomly slashing a box-cutter at the individuals at the bus stop. The victim suffered a cut on the side of her head and was conveyed to a local hospital and listed in critical/stable condition. The investigation is ongoing.