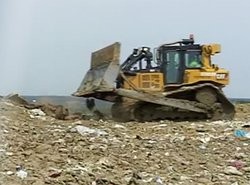 Environmental activists in recent weeks have done their best to raise a stink about a landfill in Bridgeton, which everyone agrees smells really bad -- and critics think could pose serious health risks, in part because there is a fire underground and radioactive material nearby.

Now, the company behind the landfill is going to be up against more than just angry advocates and concerning air quality reports.

Attorney General Chris Koster held a press conference in St. Louis today to announce that he is filing a lawsuit against Republic Services, the company in charge of the landfill, citing violations relating to hazardous waste and clean water laws in the state.

Republic Services, the company based in Arizona, has offered lengthy rebuttals to activists and responses to air quality studies over the last month.

Today, the company had this short statement to offer:

We have already started the process of working with the Attorney General as we share the same goal - to dramatically reduce the odor from the landfill while protecting nearby residents and employees, and ensuring compliance with environmental regulations.

(And a spokeswoman tells Daily RFT that at this time, the company has no further comment). 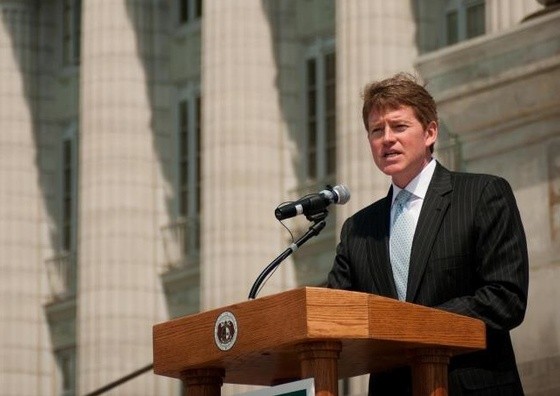 "The nearby residents, schools, senior care facilities and a local hospital all have dealt with terrible, ongoing odor problems from the Bridgeton Landfill that have impacted their ability to go about normal activities," Koster says in a statement announcing the suit. "For St. Louisans who have not been directly exposed to the site, it is difficult to describe the effects this situation is having on local neighborhoods and businesses. While we have been assured by Republic Services that they have developed a remediation plan and are implementing that plan as expeditiously as possible, it is important that we ensure the corporation's promises are binding and enforceable in a court of law."

The announcement of the litigation comes less than a week after the Missouri Department of Natural Resources requested the involvement of Koster's office. That department has done reviews of the air quality locally, most recently releasing a report citing possible future health risks.

Continue for more details on the lawsuit and for the full document.

Besides news reports earlier this year that residents can't escape the putrid stench even inside their own homes, the Bridgeton landfill got the most negative press with an expert two weeks ago warning about a potential radioactive "dirty bomb."

At that time, the company said activists were scaring people with irresponsible and inaccurate speculations, but the lawsuit from Koster means that Republic Services is likely to face much more scrutiny going forward.

The AG's office says in its announcement:

In addition to addressing the odor problems and correcting the environmental violations, his lawsuit seeks to provide remedies to help local residents and businesses deal with the ongoing effects of the burning waste. The lawsuit also seeks to ensure that Republic, rather than taxpayers, pays for the costs of experts hired by the Department of Natural Resources (DNR) to perform ongoing, intensive environmental testing. Koster noted that DNR has committed to share the experts' analysis and test results with the public as quickly as possible.

It's worth noting that the AG's announcement directly references the "underground fire," which Republic has generally dismissed as a "heat-producing reaction" -- and even the natural resources department has labeled a "subsurface smoldering event." This reported fire below ground is one of the primary concerns of environmental groups.