Stephen Colbert to Tape Bill Clinton in St. Louis: "I Assume He is Aware This is Happening" 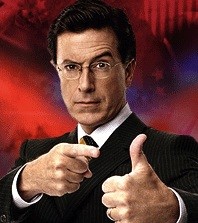 Would you rather see Stephen Colbert or Bill Clinton speak in St. Louis? Trick question! You can see both at Washington University this month -- which the Colbert Report has announced is the official site of the high-profile interview.

"I am thrilled and honored to be interviewing President Clinton," Colbert says in a statement, "and I assume he is aware this is happening."

Even the press release is hilarious!

But why St. Louis?

This is Colbert's first interview with Bill Clinton and the event is part of a Clinton Global Initiative University meeting on Saturday, April 6, conveniently located at Wash. U. Colbert is hosting the closing session of this annual conference -- during which he will also interview Clinton in a taping before an audience of 1,000 students, Comedy Central says. 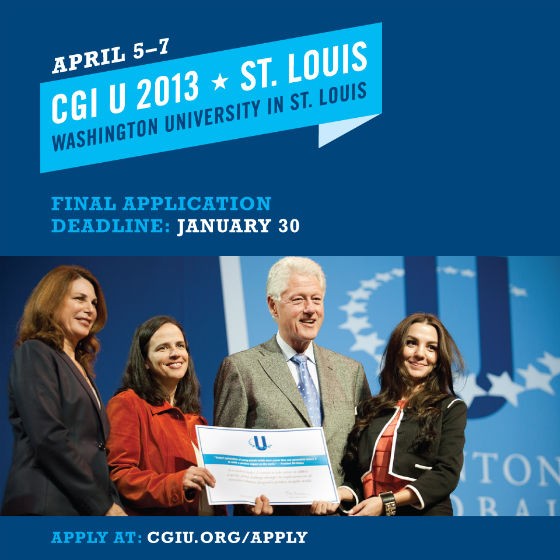 The episode is expected to air the week of April 8. It's Clinton's first time on The Colbert Report.

NEW YORK, March 25, 2013 - For the first time, Stephen Colbert will interview former President Bill Clinton and host the closing session of the sixth annual meeting of the Clinton Global Initiative University (CGI U) on Saturday, April 6. The closing session will also feature the interview with President Clinton taped before an audience of 1,000 CGI U students to air in a special CGI U-themed episode of COMEDY CENTRAL's "The Colbert Report" during the week of April 8. It will mark President Clinton's first appearance on the Emmy® and Peabody® Award-winning series.

Said Colbert, "I am thrilled and honored to be interviewing President Clinton, and I assume he is aware this is happening."

Building on the Clinton Global Initiative's successful model of convening Fortune 500 CEOs, heads of state, and influential members of civil society to address the world's most pressing challenges, President Clinton launched CGI U five years ago to engage the next generation of leaders from around the world. Like CGI members, CGI U student participants work together to devise and implement strategies for creating positive change. This year's meeting will be held April 5-7 at Washington University in St. Louis with more than 1,000 college students representing approximately 300 schools and 75 countries scheduled to join top innovators, thought leaders and civically-engaged celebrities to make Commitments to Action addressing some of the most pressing challenges facing campuses and communities around the world. The program will address issues throughout CGI U's five focus areas: Education, Environment and Climate Change, Peace and Human Rights, Poverty Alleviation, and Public Health. For more information visit cgiu.org, follow on Twitter at @CGIU and Facebook at Facebook.com/CGIUniversity.