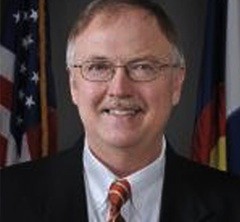 On Tuesday night, an individual showed up at the home of Tom Clements, who served with the Missouri department of corrections for three decades. When he opened the door, just after 8:30 pm., he was shot in the chest.

And at this time, it appears authorities have not located a suspect in the homicide.

But the death of Clements, who was living in Colorado where he was serving as the head of corrections, has prompted response in Missouri, where he was a former director of adult institutions for the department of corrections before he left in 2011.

What kinds of leads do authorities have?

Governor Jay Nixon released this short statement yesterday as news broke that Clements had been killed:

This is a heartbreaking tragedy for Tom Clements' family and everyone who was fortunate enough to have known him, including his many friends at the Missouri Department of Corrections. Tom dedicated his professional life and his considerable skills to public service and protection, and the citizens of Missouri join the people of Colorado in mourning this tremendous loss.

The search for his killer is ongoing since a family member at home at the time of the shooting called 911 to alert officials. It appears that there is no identified suspect or even suspect description yet, though there is a vague vehicle description.

Officials are considering whether the shooting is connected to Clements' recent decision to keep a Saudi Arabian citizen imprisoned in Colorado.

A Denver channel says that it would be easy to find Clements' house online through a listing that also includes his previous home address in Missouri.

We are thankful for the overwhelming support and concern that we have received in the wake of Tom's death. Our family has lost a devoted husband and a beloved father. There are no words at this time to describe our grief and loss. We thank our friends and those praying for us here and across the nation. Your well-wishes and prayers bring us strength. We appreciate your continued respect for our privacy during this terrible loss.

Here's a video report on his death.