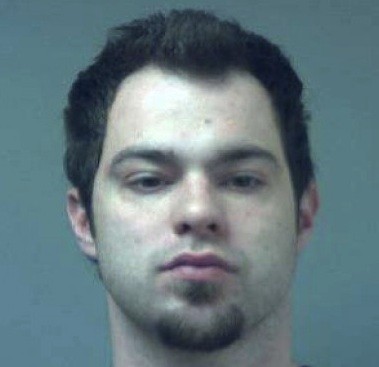 The evidence was on his face and clothing.

St. Charles resident Andrew Steven Jung, 24, apparently had such a craving for ice cream -- and was so very intoxicated -- that he decided to break into a church to find some dessert. Unfortunately for Jung, it seems he did not steal any napkins, making it pretty easy to connect him to the crime when he was found wandering three blocks away from the church -- covered in ice cream.

His explanation to police? He's an "ice-cream junkie."

The Post-Dispatch reports that Jung is now facing three felony charges after he smashed in a glass door to the kitchen at St. Peter's Catholic Church on First Capitol Drive earlier this month.

He is accused of burglary, stealing and property damage.

Accidentally leaving ice cream on his face and clothing was allegedly not the only clumsy part of his intoxicated church break-in. Police say that he also left his baseball cap behind at the scene of the crime. He told police that he did have a baseball cap matching the description of the one found at the church but didn't remember leaving it there, the P-D says. And he explained that he was an "ice-cream junkie."

As if Jung's intoxicated ice-cream break-in wasn't strange enough, court records show that he pleaded guilty to a 2010 burglary -- which the daily notes was also at a church.

It's unclear whether his ice-cream addiction played a role in that robbery.