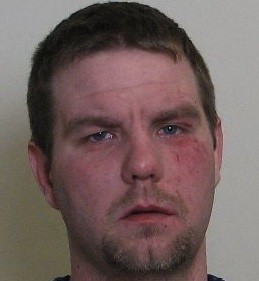 When Godfrey, Illinois, resident Jacob Fickle drove his car into a home, killing a 73-year-old man inside, police say he was under the influence of cocaine, marijuana, alcohol and an anxiety prescription called Alprazolam.

The Madison County Sheriff's Office offered new details this week in the January fatal crash -- in which Fickle, 24, forcefully took a car from a family member, drove it straight into a nearby house and then fled on foot to a pub parking lot, where authorities finally located him. He was charged with leaving the scene of the deadly accident as well as misdemeanor domestic battery for the fight with his family.

But with forensic results revealing drugs in his system at the time of the incident, Fickle is facing new, more serious charges this week.

It didn't help that he was also driving with a revoked license.

The sheriff's office says that on January 13 around 10:42 p.m, officials responded to a 911 call for a disturbance at a Mercury Drive home in Godfrey -- and when they arrived they found out that Fickle had battered two of his family members and grabbed the keys to the vehicle in question.

As deputies were conducting an investigation at this home, another 911 call came in about a crash in the same neighborhood on an intersecting street. When officials arrived, they found the vehicle that had been taken -- but Fickle was nowhere in sight.

And when Godfrey fire-department officials checked the residence, they found Marlin Bushnell, 73, had died from the force of the crash, officials say.

About an hour later, Fickle was found in the parking lot of a bar called the Beer Barrel Pub, where he was taken into custody.

Continue for details on his new charges, a video on the accident and the full report.

With new information about drugs in his system at the time of the incidents, he is now facing charges of aggravated driving while under the influence resulting in death -- in addition to the original traffic accident and disturbance charges he faced back in January.

Here's footage from January at the scene of the crash.

And here's the full report from Madison County, sent out yesterday.

The following individual was charged today in Madison County Circuit Court on amended information with four felony charges of AGGRAVATED DRIVING WHILE UNDER THE INFLUENCE RESULTING IN DEATH:

On January 13, 2013, at approximately 10:42 p.m., the Madison County Sheriff's Office responded to a 911 call reporting a disturbance in the 200 block of Mercury Drive, Godfrey, Illinois. Deputies arrived at 10:47 p.m. At about the same time 911 calls were being received by the Sheriff's Office reporting that a vehicle had just crashed into a house in the 100 block of Saturn Drive, Godfrey, Illinois. The two streets are in the same neighborhood and intersect at two different locations.

Deputies were told the subject causing the disturbance at the residence on Mercury Drive took vehicle keys from a family member, after a physical disturbance, and fled the scene in the family member's vehicle.

Deputies and members of the Godfrey Fire Department immediately started checking the residence and vehicle for occupants and injuries. The only occupant inside the home was found deceased, due to apparent injuries sustained from the vehicle crashing into the home. The vehicle was found to be unoccupied. An investigator from the Madison County Coroner's Office responded to the scene.

The victim was identified as:

An Accident Reconstructionist and Investigators with the Madison County Sheriff's Office, and a Crime Scene Technician from the Illinois State Police responded to the scene to assist with the investigation.

The suspected driver of the vehicle, who was identified by family members as Jacob Fickle, fled the scene on foot after crashing into the home. Deputies located Fickle on the parking lot of the Beer Barrel Pub, 7205 Montclaire Avenue, Godfrey, Illinois. Fickle was taken into custody on at 11:24 p.m. A search warrant for biological samples from Fickle was obtained. The samples seized as a result of the execution of the search warrant were sent to the Illinois State Police Forensic Laboratory for analysis. Fickle was transported to the Madison County Jail where he was held pending a formal presentation of facts to the Madison County State's Attorney's Office.

On January 15, 2013, Fickle was charged in Madison County Circuit Court with one felony charge of LEAVING THE SCENE OF A TRAFFIC ACCIDENT RESULTING IN DEATH as a result of the initial investigation. Fickle was also charged with two misdemeanor charges of Domestic Battery in connection with the original disturbance. Fickle reportedly battered two separate family members during the disturbance and forcefully took the keys to the suspect vehicle from one of the victims. Fickle was also issued traffic citations for Driving While License Revoked and Fail to Reduce Speed to Avoid an Accident.

The amended warrant and information was signed by the Honorable Judge Richard Tognarelli. Bond was previously set at $150,000.00.