This could just be the motto of Antoine Ransfer, an 18-year-old St. Louis resident, who got in a car crash this week and decided to punch the guy whose car he hit and steal his wallet, according to new charges from the St. Louis circuit attorney's office, on view below.

We all know that getting into collisions and going through the process of exchanging insurance information can be quite stressful, but based on the allegations Ransfer is facing, it sounds like one driver's crash took an unexpected, nasty turn.

A probable cause statement from the circuit attorney's office says that the victim, identified as D.W., got in some sort of collision with Ransfer, 18, who lives on Virginia Avenue in Tower Grove East. 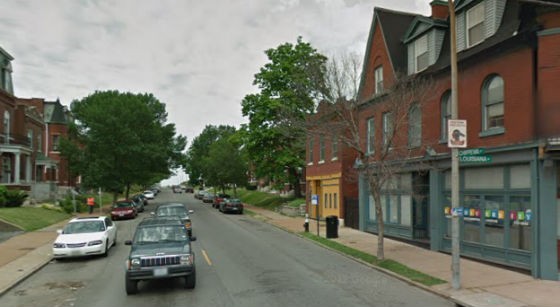 As the two of them spoke about car insurance, D.W. held his wallet in his hand.

At this point, Ransfer apparently grabbed the wallet and he and another unidentified man punched him several times.

Then they fled with his money.

Continue for details on Antoine Ransfer's charges and criminal history.

And this is reportedly not his first theft. Ransfer, the report says, is currently on bond for a pending case of resisting a felony arrest and is on probation for stealing a car.

Here's the full probable cause statement.