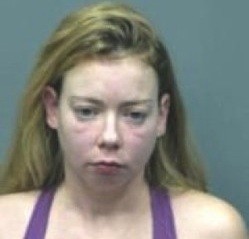 One year after killing a cyclist in a drunk-driving crash, Emily Hagan, a 31-year-old Kirkwood resident, has been sentenced to three years in prison.

After the crash in University City in February of last year, Hagan was charged with first-degree involuntary manslaughter and misdemeanor driving while intoxicated; the collision on Delmar Boulevard claimed the life of Samuel Scott, 19, who was only a block away from his home when he was struck. He died in the hospital the next day. Officials said that Hagan had a blood alcohol content of 0.262 -- more than three times the legal limit.

The sentence last week, however, was part of a plea deal, which reduced the charges for Hagan.

Hagan was sentenced for involuntary manslaughter, but as part of the plea deal, a St. Louis County Circuit Court judge lowered it from a Class B to Class C felony, which has a shorter sentencing range.

Additionally, as the Post-Dispatch reports, the deal removed the DWI charge.

She will be eligible for parole after serving a year.

As we reported back in April, Scott was riding home from his job at Dewey's Pizza on the evening of the crash.