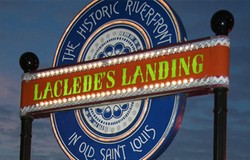 There's been another homicide at Laclede's Landing.

In February, some sort of "disagreement" between two acquaintances turned violent, and Charles Campbell, 33, was shot and killed -- found dead at the Laclede's Landing MetroLink station.

Now, less than one month later, it appears that there's been yet another fatality at the same site -- and this one happend one day after a shooting in the area.

What's the cause of so much violence at this location?

There are little details so far in the incidents of violence at Laclede's this past weekend -- though it would appear that they are unrelated.

Police say that Kyle Roberts, 28, a resident of Sorento, Illinois "exchanged words" with a man around 2 a.m., before he was stabbed to death in the 100 block of Laclede's Landing Boulevard. 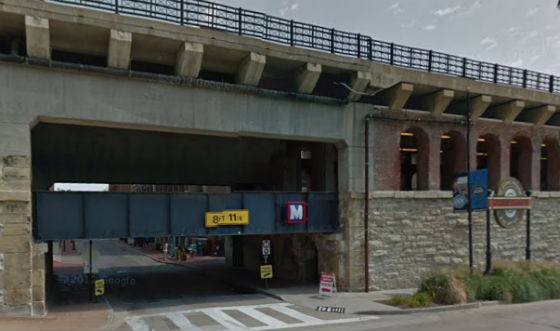 He was allegedly stabbed once in the neck and pronounced dead at a hospital. The suspect fled and the investigation is ongoing.

Less than 24 hours earlier, a 3 a.m. shooting Saturday morning left one individual in critical but stable condition at a nearby hospital. Police say this victim was shot in the arm as he was trying to flee in a car, after a fight at the 600 block of North Second Street.

In that case, the Post-Dispatch reports, a suspect was taken into custody.

Roberts is the 23rd homicide victim in St. Louis this year.

Here are the two incident reports on Laclede's violence over the weekend.

Incident: Homicide
Location: 100 block of Lacledes Landing Blvd.
Date/Time: 03/10/13 @ 01:50
Victim: Kyle Roberts, a 28-year old male of the 1200 block of Old Ripley Road, Sorento, IL
Suspect: Black male early to mid 20's, light complexion
The victim and suspect where engaged in a verbal confrontation when the suspect stabbed the victim. The victim was stabbed once in the neck. He was transported to an area hospital where he was pronounced dead. The suspect fled the scene. The investigation is ongoing. Anyone with information is asked to call CrimeStoppers at 866-371-TIPS. Callers may be eligible for a cash reward up to $1000. All calls are anonymous.