In November, a five-and-a-half month old puppy was dragged for a full mile on Interstate 55 by a truck driver who had no idea the dog was attached to his vehicle. A month later Benetta Johnson, a 41-year-old East St. Louis woman, was charged with animal abuse, after authorities learned she had tied the pup -- named Trooper after the horrible incident -- to her ex-husband's truck without his knowledge. This week Johnson waived her right to a jury trial -- which means a judge will make a decision next month.

But more important, how's Trooper doing? He's getting a lot of love.

"We've certainly had interest from all over the world," Jeane Jae, a spokeswoman with the Humane Society of Missouri, tells Daily RFT. "Cards from Shanghai and Australia and everywhere in between -- east, west, north and south."

For your viewing pleasure, we've collected some of the best images of the recovering puppy below.

"He's touched a nerve everywhere, which is great," says Jae.

The Humane Society has a very active Team Trooper Facebook page that now has more than 15,000 likes. He's not up for adoption yet, according to the society's latest update, but he has moved into foster care at the organization's Longmeadow Rescue Ranch.

He loves to play, is a tug-of-war champion and apparently has lots of friends now.

Below, we've collected the best Trooper photos and videos.

18. Trooper Modeling on a Chair

14. Trooper Being a Trouper

12. Trooper With a Puzzle Toy 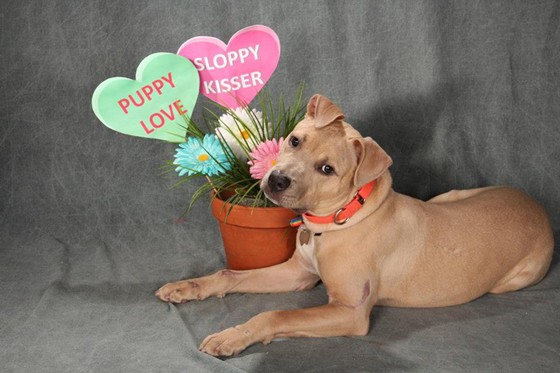 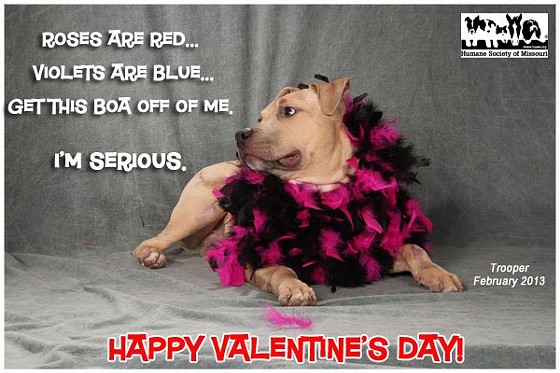 9. Trooper in a Onesie

7. Trooper in the Snow

6. Trooper and His Pals

2. Trooper With a Green Bow-Tie