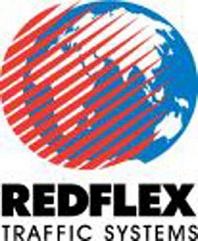 Redflex, the Australian firm that operates red light cameras in St. Peters and Wentzville, has lost its contract in Chicago after acknowledging that one of its consultants bribed the bureaucrat in charge of the city's red-light program.

Curiously, Redflex has also been tied to bribery in Missouri, though it was not the party that solicited the payoff.

The scandal unfolding in Chicago has led to the firing of three of Redflex's top executives in the United States, where the company operates out of Arizona. It has also led Chicago mayor Rahm Emmanuel to cancel its contract with Redflex, which accounted for 13 percent of the company's annual revenue. Meanwhile, Redflex's stock has stopped trading in Australia upon news of the corruption.

The Chicago Tribune broke news of the bribery allegation last October (Redflex denied wrongdoing until now) and has followed up with dogged coverage all this week.

Redflex was one of the first camera vendors to vie for business in Missouri. In December 2005 it lost a nasty -- and questionable -- bidding war to American Traffic Solutions (ATS) for the St. Louis contract.

ATS went on to win contracts with most nearby municipalities but not in St. Peters where the city council approved a contract with Redflex in 2006. But the deal had yet to be made official when former St. Peters mayor Shawn Brown contacted a Redflex representative and vowed to veto the contract unless he were paid a bribe. Redflex notified the FBI and then cut Brown a check for $2,750. The mayor was arrested after bringing the money to the bank. He pleaded guilty and served an eighteen-month sentence.