The gun debates in Missouri reached explosive levels this week with the introduction of a GOP bill that would make it illegal to even propose gun control measures and a bizarre stunt in which a Republican rep literally opened fire on a piece of legislation he doesn't like.

Meanwhile, Democratic State Senator Maria Chappelle-Nadal, isn't getting anywhere with her gun safety bill -- and says she is fed up with rural lawmakers that don't know anything about the urban violence she is trying to curb.

"I got a lot of haters out here and that's fine," she tells Daily RFT. "But what I say to them is that they don't care about black lives being taken. They don't understand or care to understand the cultural differences that we have here."

But, she says, she has a plan to make them care.

As we first reported when she introduced the measure in January, Chappelle-Nadal's Senate Bill 124 would require parents to notify schools if they own firearms and also report if their children have illegal guns. If parents don't report it, it could lead to a misdemeanor charge -- or a felony, if the gun is used to cause injury or death.

As soon as it was introduced, the proposal was slammed by Republicans as a violation of the Second Amendment that punishes law-abiding gun owners.

Chappelle-Nadal, who represents University City, tells Daily RFT over coffee in the Loop, that her bill is stuck in committee because of Republican opposition.

"The gun nuts in the legislature are so adamantly opposed to understanding our cultural issues in the inner city that they're unwilling to listen to my standpoint," she says.

In response, and as a way to pressure the GOP opposition to give her proposal a chance, she says she is going to filibuster as much as she can with their pro-gun bills she opposes.

"My recourse is filibuster -- and this is one issue where I'm willing to fall on the sword," she says. "If they don't want to know about my community that I represent, then they're gonna hear a long list of why I think my standpoint is very important."

In response to her critics, she also notes, "My legislation doesn't try and take away anyone's gun."

What is most frustrating to her, she says, is how ignorant other lawmakers are about the violence plaguing her district.

There are students in her region that face such great hardships, "The only way they feel like they belong is by joining a gang," she says.

Continue for more of our interview with Maria Chappelle-Nadal and for the full draft bill.

In recent weeks, the state senator has done several ride-alongs with local law enforcement agencies that work on gang violence. She says she is learning about the different so-called "sets," the very localized groups that go up against each other and embrace gun violence. She says that in some cases, there are gangs that remain loyal to each other on a block-by-block level and will fight inside schools. 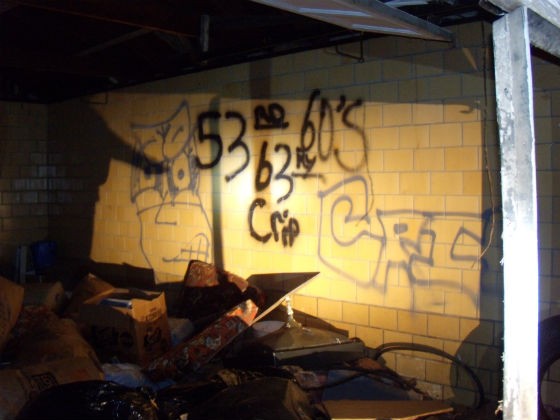 "There's a lot of...illegal activity that allows these young people to have guns," she says.

These youth are getting guns through robberies and drug sales and that's why parents need to be held accountable and help stop this epidemic, she adds.

In gangs, they have to "put in their time" to establish credibility, she says.

That means, "You've already raped someobdy. You've already killed someone. You've already committed several different robberies," she says. "The pathetic thing...is that many of their parents know that their kids are involved with this."

And there are "community guns" that gang members pass around, she adds.

She was inspired to propose this bill because the debate prompted by the Connecticut elementary school shooting did not focus on urban violence.

"The national conversation after Sandy Hook was all about high-capacity magazines...AK-47s," she says. "It was not focused on the inner city and the violence in the inner city, which is so real."