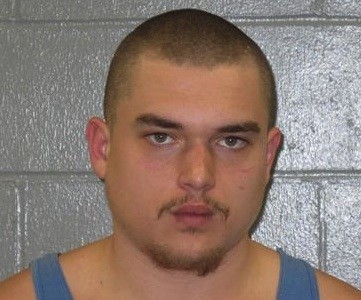 A 16-year-old Warren County, Missouri girl came home early from school on Wednesday because she was sick -- only to discover that there was a stranger in her bathroom. Police say the intruder was Michael Stout, 19, a neighbor who had broken into the home and then quickly fled once the teenage girl came home.

He ran through the woods, but police tracked him down, took him into custody, and after further investigation, discovered that he had been "watching female residents in his neighborhood."

The Warren County Sheriff's Department announced yesterday that officials had arrested Stout on charges of burglary, stealing and property damage resulting from a home invasion.

At about 10:15 a.m. on Wednesday, deputies were dispatched to the 11000 block of Cedar Tree Lane outside Wright City in reference to a "home invasion in progress."

By the time deputies and detectives had arrived, Stout had already fled, but was located about an hour later at his residence down the street, police say

What they uncovered next was very bizarre:

Further investigation revealed the suspect had been watching the female residents in his neighborhood. Over the past month he broke into four homes while the residents were away and stole items such as women's underwear, clothing, sex toys, food items, an iPod, laptop computer, and photographs.