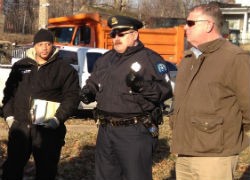 The St. Louis Metro Police Department and the mayor's office are focusing their crime response efforts this month on the College Hill neighborhood through a "hot-spot" policing initiative.

The project, promoted in a press event yesterday, is in response to recent crimes in the area including several homicides this year. The initiative also comes just two weeks before the mayoral primary election -- an increasingly contentious race where crime has become a central debate. Mayoral hopeful Lewis Reed has already slammed the effort as a "charm offensive."

"This is a concentrated effort," Maggie Crane, spokesperson for Mayor Francis Slay, tells Daily RFT. "And this is what hot-spot initiatives will look like from here on out."

What has the city actually accomplished so far?

Crane tells us that over a two-week period, police have made forty arrests and taken five guns off the street as part of the effort. 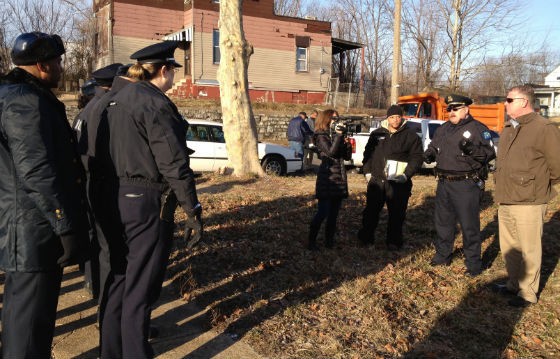 This is a priority of the city's new police chief Sam Dotson, Crane says.

"He talks about the broken window syndrome," she says. "If you see a bunch of broken windows, it gives the impression that no one cares...and that's where criminals will move in."

The College Hill project this month is the first concerted hot-spot effort of its kind in the city, which in the past has done these sorts of cleanups on smaller scales, in response to complaints or partnering with local organizations.

"This is what local control will look like in practice," Crane says.

The idea is to work with neighborhoods to help clean up specific areas and thus deter crime, she says.

This will be a model going forward, she says.

That is, however, if Slay is re-elected.

Continue for response from the Reed campaign and for the full news release on Slay's College Hill initiative.

The mayoral campaign of Reed, the current Board of Aldermen president, sent out a press release this morning with the subject "Slay's Charm Offensive Falls in the Face of January's Crime Figures." 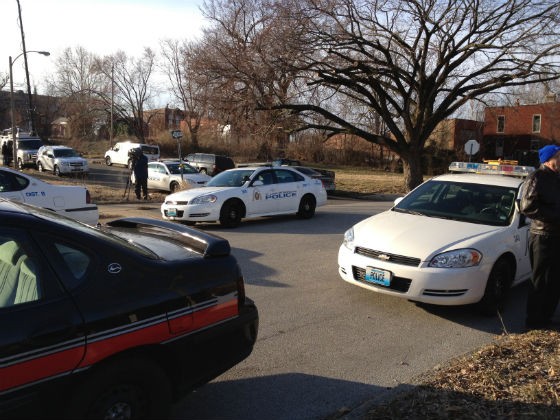 In it, Reed is quoted, saying, "[I]t is obvious that the Mayor continues to live in an alternate universe, where crime is little more than an annoyance. For those of us who live in St. Louis, we know that crime is a serious problem that deserves more than sound bites and photo ops. January's crime statistics clearly show that, while the College Hill murders have dominated headlines, crime has been rising, across the board."

Here's the full news release from the Reed camp, followed by the Slay press announcement.

St. Louis(MO) - While President of the Board of Alderman Lewis Reed is making his case that he is the better candidate to face our city's crime epidemic, Mayor Slay continues to deny that our city faces a real problem. January crime stats have been released and they show that this year's early crime wave extends far beyond the murders in College Hill.

"Looking at these numbers, it is obvious that the Mayor continues to live in an alternate universe, where crime is little more than an annoyance. For those of us who live in St. Louis, we know that crime is a serious problem that deserves more than sound bites and photo ops. January's crime statistics clearly show that, while the College Hill murders have dominated headlines, crime has been rising, across the board," said Pres. Reed.

"I truly believe that the voters of St. Louis are smart enough to see past his propaganda. The central question is: who do you believe, a politician seeking re-election or the experts who continue to place St. Louis at the top of national crime rankings. Just yesterday, we saw a gun battle stretch from the Northside to Downtown, showing that these issues don't just stop at neighborhood boundaries. Republican money can buy you a lot of ad time and mailers, but it can't change reality," said Campaign Manager Glenn Burleigh.

And the mayor's release:

St. Louis--The City of St. Louis is working hand in hand with police to make College Hill a safer neighborhood for its residents.

You'll see it in action beginning at 8 a.m. Wednesday, February 20. The St. Louis Metropolitan Police Department is working with the City's Building Division, Health Department, Streets Department and Forestry Division on a coordinated effort to literally help clean up City neighborhoods hit by crime and disorder.

"This is a prime example of what Local Control looks like in action," Mayor Francis Slay said. "Through a great partnership with our police department, officers have told us what needs they have identified in the College Hill neighborhood, and City crews are now working to fulfill them to create a safer, cleaner, healthier environment for residents."

As part of Phase Two of the College Hill Hot-Spot Initiative, City crews will secure vacant houses, clean up debris from alleys and ensure street and alleyway lights are in proper working order. Neighborhood Stabilization officers will also work with homeowners and landlords to bring properties into building code compliance.

Staff from the St. Louis Agency on Training and Employment (SLATE) will also be on hand to pass out information on employment, job training and educational opportunities.

"This is an innovative approach to bring together more and better resources to bear on crime," Chief Sam Dotson said. "We believe we can make a more lasting impact by addressing quality of life issues along with getting criminal suspects off our streets."

Crews will assemble at the corner of Emily Street and De Soto Avenue at 8 a.m. Both Mayor Slay and Chief Dotson will speak to members of the media about this joint effort around 11 a.m. Wednesday, February 20, following the Police Board meeting at Police Headquarters.