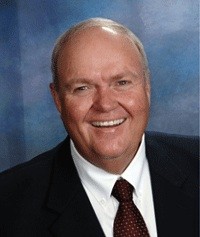 Here in Missouri, Republican lawmakers like to propose legislation that stops government officials outside of the state -- like the president -- from imposing their ways here. The latest effort in this category comes from Republican Representative Lyle Rowland, who has a bill that looks beyond the United States; his legislation would actually prohibit Missouri from implementing certain United Nations or international policies that infringe upon individual's rights.

And a House committee has approved it.

"People are having their private property seized...by the government," Rowland tells Daily RFT. "That is wrong."

Why is this state lawmaker worried about the U.N?

Meet House Bill 42, known at the Capitol as the "Agenda 21 bill" -- in reference to a non-binding U.N. agreement signed by 178 nations as a sustainable development pledge. (21 refers to the 21st century).

The agreement was signed in 1992 when George H. W. Bush was president.

These kinds of proposals have popped up around the country from conservative lawmakers that say they're worried the U.N agreement -- which, again, is not actually binding -- could somehow be used in the U.S. as a means for government to steal private property.

"When I was campaigning this past summer...several people talked to me about Agenda 21...and what it was going to do to our country," says Rowland, who represents Cedercreek. "When they first mentioned it, I didn't know much about it."

One person said to him, he recalls, "'Lyle, when you find out what it is, it'll just scare the bejesus out of you!'"

So he did some research.

He saw that other states had considered measures to protect property owners against any land seizures tied to Agenda 21.

"I've seen all these quotes about how they intend to get the Agenda 21 items through...and they're not saying, 'Let's go to the people and have the people decide,'" he says. "They're saying, 'Let's see if we can't sneak this around.'"

He continues, "I don't think most of the people I've talked to have a problem with the issues of Agenda 21 if they're given to the people to make those decisions, but the problem seems to be, and the complaints that I'm hearing, is when it is a decision made by a small body and they won't even sometimes take a vote on that and come to a consensus decision."

At a hearing on the matter, one person who came to testify expressed concerns about bike paths in St. Louis and whether those were put in place as part of an agenda that bypassed citizens' rights.

For his part, Rowland says he doesn't think there was any wrongdoing with St. Louis bike paths. "The problem is when you have a group out there that decides you're gonna have a bike trail...and they put it in by taking people's property.... It isn't voted on by the people."

Continue for video of the bill's hearing and for the full draft.

He says he is concerned about activists who so strongly believe in Agenda 21 and the need for changes -- related to sustainable development -- that they would push forward in ways that infringe upon people's property rights.

Rowland got laughs when he presented the bill to the House Tourism and Natural Resources Committee at the start of his speech. He said, "What you are about to hear today will probably make your hair fall out, but I see some of you may have already heard some of this bill."

Here's video of the bill's hearing from Progress Missouri.

And here's the draft.