It would appear that Tammy Baggio, 39, had a pretty clever scheme to make money off of Sam's Club stores throughout the Midwest, involving switched containers, pet products and eBay.

It was, however, not quite clever enough to last very long. So say the federal authorities that have formally accused her of "conspiracy to transmit stolen goods" -- a charge which could land her five years in prison and fines up to $250,000.

What'd she do -- and how did she initially get away with it in a whopping total of seven states?

Baggio, who was indicted by a federal grand jury last month and was arraigned in federal court yesterday, is accused of scamming many Sam's Club locations across state borders -- including local stores in the St. Louis and St. Charles area.

What she would do, officials charge, is find a cheap item packaged in a large box, remove the contents -- and hide them. She would then put more expensive products inside the big boxes. In some instances, she would use a large container item in the store, like a trash can. She would then walk up to the cashier, scan the box for the cheaper item and then walk out the door. Then she went to eBay.

What was she selling? 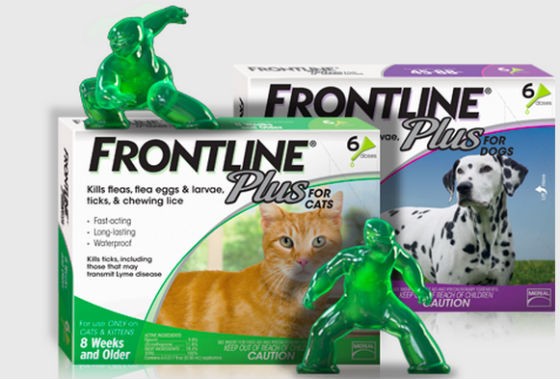 The scheme allegedly went on between February and August of 2012. The case was investigated by the Postal Inspection Service, the Des Peres Police Department and Walmart/Sam's Club Global Security.

In addition to potential fines and prison time, if she is found guilty, she could also be required to forfeit the money and property she acquired through the scheme.

Here's the full alert from the U.S. Attorney's Office:

St. Louis, MO - Tammy Baggio was indicted for allegedly stealing products from local Sam's Clubs and re-selling them on eBay. The indictment alleges that she stole merchandise from Sam's Club locations in seven different states and sold that product to purchasers across the United States.

According to the indictment, between February and August 2012, Baggio visited Sam's Club locations in a number states, including stores in the St. Louis and St. Charles areas. She would select either a large container, such as a trash can, or a cheap item that was packaged in large box, remove the contents and hide the box on shelves throughout the store. She then filled the empty box with more expensive products, usually electronics or a pet product known as Frontline. When she checked out the cashier scanned the box and charged her for the cheaper item. She then allegedly sold the items on eBay.

Baggio, 39, St. Joseph, MO, was indicted by a federal grand jury in late January on one felony count of conspiracy to transmit stolen goods. She was arraigned in federal court earlier today.

If convicted, this charge carries a maximum penalty of five years in prison and/or fines up to $250,000. In determining the actual sentences, a Judge is required to consider the U.S. Sentencing Guidelines, which provide recommended sentencing ranges.

Additionally, upon a finding of guilt, the defendant will be subject to a forfeiture allegation, which will require the forfeiture of money and property derived from the illegal activity.