Missourians Warned to Stay Away From Skunks 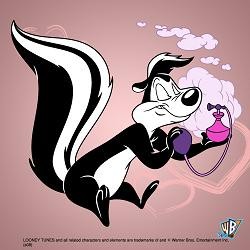 Skunks. So cute, so cuddly, so (if Looney Tunes is to be believed) romantic. You almost want to run out and trap your girlfriend one for Valentine's Day this Thursday, don't ya?

Well, don't. Skunks are wild animals, ya'll. And they've got those musk glands they can squirt you with. That stuff will have have you smelling worse than an Axe body spray salesman.

But did you know that that a skunk's stink sack is nothing compared to its true danger?

These adorable little creatures with the big bushy tails are one of just two Missouri animals known to carry rabies. Last year Missouri conservation officials confirmed nearly as many rabid skunks in the state (12) as rabid bats (16).

And right about now skunks are emerging from their winter naps and can be downright nasty. "Amazing fearless" is how the Missouri Department of Conservation describes the behavior of some skunks in a warning to residents issued last week.

So, if you see a skunk behaving oddly -- active in the daytime, overly aggressive, stumbling or vocalizing -- know that what you've witnessed is probably not a polecat paramour by the name of Pepe la Pew. It's likely a rabid skunk, so don't -- you know -- try to pet it. As if you needed to be warned.