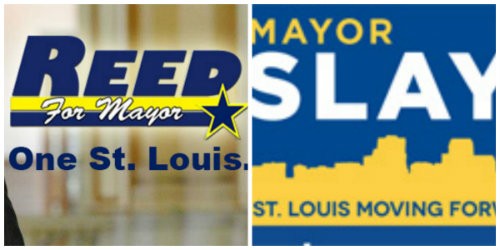 Update: A copy of the Ellisville police department's incident report is now available.

An argument outside of a fundraising event for Aldermanic President Lewis Reed, candidate for mayor, is getting several retellings, some of them more dramatic than others.

Zudhi Masri, owner of Yeatman Market, says he attended the fundraiser on Sunday night at the invitation of the event's host and as a board member for the Dar-Aljalal Mosque. But he says that when he tried to enter the fundraiser in Ellisville, Abdul-Rahiim Ali -- a St. Louis Teachers Union representative in attendance -- shoved him backward.

"He was a very violent person, and he said a lot of bad things about me and my group," says Masri. "I was threatened."

Daily RFT first heard about the incident through a series of pretty dramatic tweets sent in the wee morning hours of Monday by State Senator Jamilah Nasheed:

Masri turned out to be the community leader in question and says that he was invited to the event by the homeowner. He surmises that the trouble that ensued was because he supports Mayor Francis Slay's re-election (as does Nasheed). Masri is part of a group of Muslim business leaders who arranged a fundraiser for the mayor, and he hangs a Slay sign in the window of his shop. Masri says he wanted to attend the Reed event as a representative of his mosque and its constituents, not just as a an individual voter. According to Reed, the event was a private fundraiser made up mostly of physicians and other medical professionals from the Muslim community.

Not surprisingly, accounts of what happened -- from the moment Masri approached the door to the point when police arrived -- differ substantially.

Continue for response from Abdul-Rahiim Ali and Lewis Reed. At least one of the men who met Masri at the door was Ali, the St. Louis Teachers Union representative. Masri claims he was invited by Ali's brother, the homeowner, but that as he approached he was told to "get his motherfucking ass out of here," pushed back and slapped, knocking off his glasses. He claims that he saw Ali reaching for his waistband, but that he never actually saw a weapon.

Ali says none of that is true and that Masri was never touched. Asked if he was reaching for a gun, Ali scoffs, "That's ridiculous."

"He wasn't invited. He tried to come in and he was told he couldn't come in," says Ali. "He came with the intent to have a disruption. That's the way it seems to me."

In a third characterization of the incident, Reed campaign manager Glenn Burleigh says Masri was "taken by the arms" and escorted away. From what Daily RFT has gathered, there were only three eyewitnesses -- Ali, Masri and the man who owns the home. The homeowner has not returned a call for comment.

"Last time I checked, homeowners are allowed to decide who's in their house," says Burleigh.

What's not in dispute is that Masri called 911. Ellisville police responded to what a spokesperson characterized as a "quiet" scene. Daily RFT is still waiting on the dispatch report, but since no one was arrested, there may be little to clear up the he-said-she-said situation. Officers concluded that the complaint was "unfounded."

Nasheed's tweets characterize Ali as a Reed campaign worker, but that's not true, according to Burleigh. Ali is a Reed supporter. Reed stopped by the event after the incident but says he didn't witness any of the trouble.

"This is just a huge distraction," he says. "It's just obscene."

Masri says he may consider further action, though it's not clear what form that would take.

While what really happened is still unclear it seems worth noting that no guns were pulled nor was anyone seriously injured. We'll follow up if any evidence comes out to clear up who did what.

Update: As predicted, the Ellisville police report is scant on details but does confirm that Masri "didn't actually see a gun, but knows [Ali] carries a gun" and that it was "unknown" if Ali had one on him. A far cry from "a campaign worker pull[ing] out a gun on a community member" as Jamilah Nasheed originally tweeted.