Expanding Medicaid in Missouri may not be super sexy -- but Ryan Gosling and Beyoncé are!

This is sort of the thinking behind the Missouri Medicaid Coalition's latest campaign to pressure lawmakers to expand Medicaid in the state. And what better way to spread the word than some good ole' fashion Gosling memes. Lobbying in the Modern Age, y'all.

"We're trying to get as many people as possible engaged in the campaign to pass Medicaid expansion," Jen Bersdale, an advocate behind the project, tells Daily RFT.

How will the beautiful faces of our favorite celebs help the health care fight?

The Missouri Medicaid Coalition has launched an official Valentine's Day campaign, where supporters can go online and choose a card/meme to send to lawmakers. The organization is going to collect them all and deliver them in person at the Capitol on Thursday.

And participants can add a message of why Medicaid expansion is important to them along with their card.

"We're always looking for creative and clever ways for people to get involved," says Bersdale, director of advocacy and communications at Central Reform Congregation, a member of the coalition. "Certainly, Ryan Gosling is a big meme now."

The Medicaid fight in Missouri is one of the more contentious debates this session with opposition from Republican lawmakers who argue that expansion is financially irresponsible.

Bersdale says that there are 877,000 uninsured Missourians and that the proposed expansion would allow the state to insure more than 300,000 of them.

"Anything related to health reform is contentious in Missouri," she says. "But I still get out of bed every morning hoping...legislators do the right thing for the people of Missouri and pass it this year."

"This is a hard issue for a lot of legislators," she says, noting that it's critical to have people on the ground pressuring elected officials. "We know that one of the things that moves legislators is hearing from their own constituents."

And, you know, Beyoncé and Gosling, too.

Since launching the campaign late last week and promoting it on social media, she says they've gathered hundreds of cards that they will print out and deliver on Valentine's Day.

"It's just one small piece, but we hope that it helps," she says.

Continue for more photos of the cards. 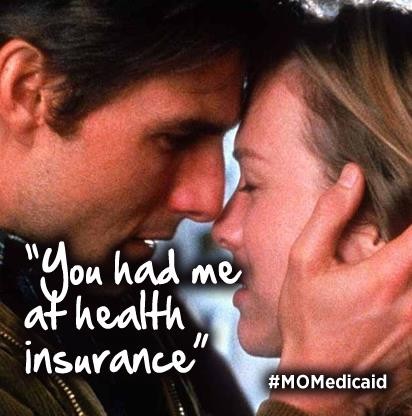 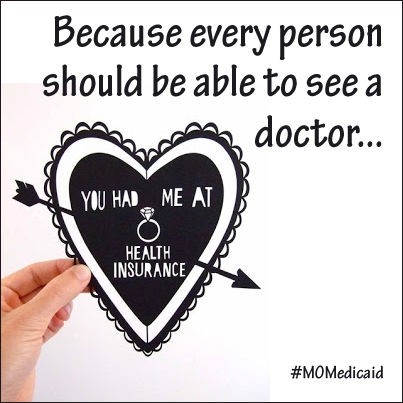