This week, two men have filed a lawsuit against the YMCA of Greater St. Louis -- more than twenty years after a swimming instructor allegedly molested them when they were just middle school age.

The petition, on full view below, says that both plaintiffs want to ensure this abuse does not happen to other children.

First step? Determining the identity of the man who abused them so many years ago.

Ken Chackes, their attorney, tells Daily RFT that he hopes the YMCA can help them identify the perpetrator.

"They both had stopped thinking about it -- and had not thought about it for years," Chackes tells us. "That's not uncommon.... It's something our minds bury for us...prevent us from remembering traumatic things."

But one the two men, who were friends when they were young and have kept in touch, recently recalled the abuse, Chackes says. 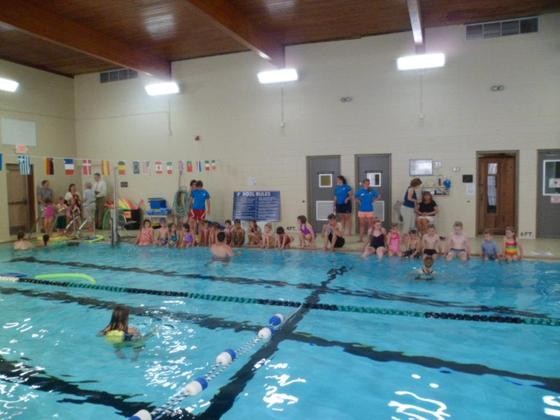 "He mentioned it...and it brought back the memory," he says. "They've been involved in some therapy to try to deal with it since that time, and they decided to take this step of filing a lawsuit to try to figure out what happened, who it was, and make sure they find out whether this person is abusing children today -- and get him stopped if he is."

The lawsuit -- on behalf of the two men identified only as John Doe A and John Doe B -- says that the boys became acquainted with the instructor when they took "semi-private swimming classes" at the Mid-County branch of the YMCA in Brentwood, Missouri, starting in 1986 or 1987. Both were planning to attend camp the following summer and were required to have a certification.

The inappropriate behavior got much worse, the suit alleges: "Eventually, he used these ploys to sexually abuse both Plaintiffs."

The suit claims that the instructor would molest and sexually abuse the boys following their swimming lessons on the premises -- and that this happened almost every time they had sessions with the instructor, which were weekly for about a year.

Continue for more details on the lawsuit and response from the YMCA of Greater St. Louis.

The plaintiffs believe the instructor may have assaulted other boys.

And the suit implicates the organization, saying that "the swimming instructor was allowed unlimited access to juvenile boys, with the aid of Defendant YMCA."

It says: "The actions of the perpetrator swimming instructor were outrageous and utterly repugnant to a civilized society."

The suit is asking for a jury trial and calling for officials to "award [them] compensatory and punitive damages in favor of the plaintiffs against Defendant for damages sustained as a result of the wrongdoing of the Defendant."

Chackes says that he and his clients want to see the organization track down the suspect.

"We hope that the YMCA will know who they employed as swimming instructors at that time...and maybe a name will sound familiar to our clients or their family members," he says. "We'll be asking...if they have any knowledge of complaints by a swimming instructor doing any of the things led to the abuse.... Maybe they had some complaints of behavior like this."

Officials with the YMCA of Greater St. Louis sent Daily RFT this statement and would not comment further.

The YMCA of Greater St. Louis had no previous knowledge of these claims before today's public announcement. We have not been served with a copy of the lawsuit. While we will not comment on pending litigation, our top priority is the safety and security of our members and program participants.

Continue for a full version of the lawsuit, filed this week in the Circuit Court of St. Louis County.