Francis Slay On Pot Prosecution: "I'm Not For Legalizing Marijuana. It Sends A Bad Message."

Francis Slay, the mayor of St. Louis, is opposed to legalizing marijuana, as two states did in the last election.

Not that anyone is asking him.

In response to a question from Daily RFT about the proposal at the Board of Aldermen to reduce the punishment for possession of small amounts of pot, Slay says he's against legalization.

But does he support reforms in the city?

"First of all, I'm not for legalizing marijuana," Slay tells us. "It sends a bad message to...young people and to others."

After Slay spoke at a reelection fundraiser with Muslim community leaders over the weekend, we asked him for his take on Alderman Shane Cohn's proposal to decriminalize" marijuana -- an initiative to move minor cases from the Circuit Attorney's Office to the lower municipal system of the City Counselor's Office, where the consequences are less severe. 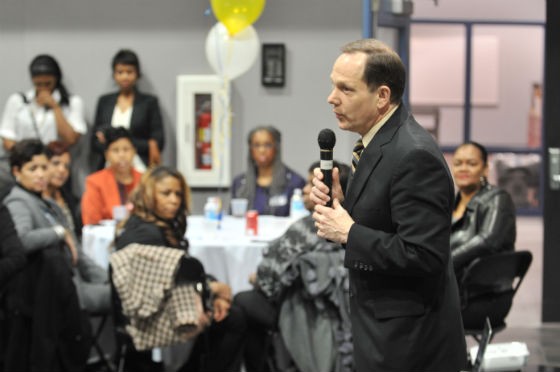 The overall intent of the proposal is to more efficiently use government resources and to avoid unnecessarily harsh prosecution of minor marijuana offenses -- while maintaining strict punishments for specific circumstances, like when suspects have prior felony convictions.

But when we first asked the mayor about this, his response was about his opposition to overall legalization -- which is not something Cohn is pushing and would have to happen at the state level (and even then, the federal government maintains that recreational pot is illegal).

About the Board of Aldermen proposal, he says, "I do think the objective is one that is worth exploring and that is to try to get less violent people out of jail and put more violent people [in jail]," he says. "I do think it's important...that we make sure that we put away violent offenders and if they're taking up space that violent offenders should be taking up, I do think that there is...some point to looking at the issue and considering it."

Cohn has been working with law enforcement officials to fine tune the details of the bill -- and while Slay didn't give it a full-on endorsement, he maintained that he is open to the debate.

"I know that discussion is gonna keep going. I know there are some people at the table that are coming up with ideas about how to make the legislation better and I'm happy to here form them as well," he says.

Continue for more of our interview with Mayor Francis Slay and for the latest draft of the Board of Aldermen bill.

At the end of our chat, he does, however, repeat his opening argument.

"At this point, I am not for legalizing marijuana in the City of St. Louis and I do think that the general objective behind this is one that ought to be considered...which is to get the less serious offenders from having to go to jail and keeping jails open for people that are serious offenders," Slay says. 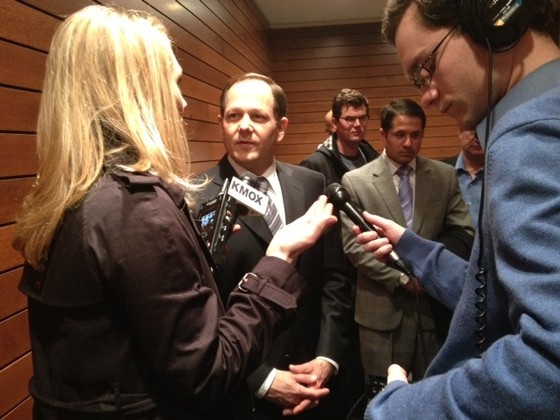 The proposal still needs to pass the Board of Aldermen -- after unanimously making it out of committee last week.

Meanwhile, at the Capitol, lawmakers this week have introduced a statewide decriminalization bill, similar to Cohn's measure.

Here's the version of Cohn's bill that passed last week.