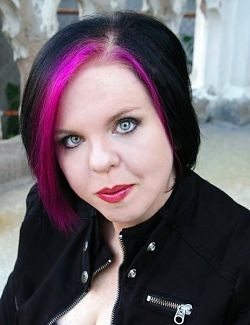 Heather Brewer was bullied almost constantly from elementary school through high school. She survived and became a living example of It Gets Better: Today she's the author of the popular Vladimir Tod, Slayer Chronicles and Legacy of Tril series for young adults and maintains a lively website, where she's known as "Auntie Heather," dispenser of advice to her adoring fans, whom she calls her minions.

Nonetheless, she still thinks a lot about her years of being bullied and about how to keep the same thing from happening to other kids. "It's something I'm passionate about," she says. A few years ago, she began looking around for a conference or something where she could speak about bullying and talk to other people about how to prevent it.

There was none. At least not that she could find. "Gradually," she says, "I moved from asking, 'Why isn't someone doing this?' to 'Why am I not doing this?'" She started talking with her fellow authors and a few local booksellers. And thus the Less Than Three Conference was conceived. It takes its name from the emoticon for a heart: <3.

The conference will take place on October 19 at the Spencer Road branch of the St. Charles County Public Library (427 Spencer Road, St. Peters; 636-447-2320). Tickets will be $10 and go on sale later this month. More than a dozen YA authors have already agreed to attend, including David Levithan, Ellen Hopkins and Susane Colasanti. All of them are so committed to the project, Brewer says, that they will be paying their own way to St. Louis -- or at least getting their publishers to do it.

The authors are key to the program, Brewer explains. "It's better for kids if they get advice not from their parents -- kids don't listen to their parents -- but from someone they admire, even if they're saying the same thing as the parents. This comes from me and being bullied -- what would have helped me."

Four local authors -- Antony John, Jody Feldman, Sarah Bromley and Cole Gibson -- will each moderate a panel with a group of writers. Brewer and her committee haven't narrowed down the topics of discussion yet, though she promises anti-LGBT bullying will definitely be addressed. Afterwards, there will be a pie and punch (the drink, not the kind with fists wielded by bullies) hour where the authors will mingle with the crowd and have a chance to talk to the kids one-on-one.

There will, of course, be books for sale and signing. Vicki Erwin, owner of Main Street Books, and Melissa Posten, a buyer for the Classroom Library Company, have both been involved with the conference from the beginning. If you want to volunteer, let Brewer know.

Brewer and her committee expect between 200 and 300 kids to show up. "I hope everyone comes and shares their story," she says. "This is a thing I knew was important and needed to happen. It should happen."