Two Missouri brothers who love baseball cards and doodling have combined the two simple passions into one magnificent website. The name speaks for itself: "Baseball Card Vandals."

"We've been doing this since we were pre-teens," says Bryan Abbott, 28, who created the website with his brother Beau, 30. "It's just so fun."

It's fun to look at, too. It's old collectible cards made cool again with the magic touch of a sharpie. For your viewing pleasure, we've assembled some of the best below.

The brothers, who grew up in St. Charles, Missouri, are already getting a lot of attention for the website, which they launched in December.

"We're such huge baseball fans," Bryan Abbott tells Daily RFT. "And we grew up collecting baseball cards.... We just spent all of our time as kids...trying to get the good ones. But as it turns out, I guess that we are just not that good and now they are not worth anything. We have a boatload of stupid looking...cards just left over."

But they're not totally worthless.

"When my brother went away to school, I would get out a stack of cards and send them to him in the mail," with doodles, says Abbott. "That's really all it was for so long -- just me and him trying to make each other laugh.... Every time people would see them, they would start laughing, so we just thought, let's start a blog."

And they launched a Tumblr account last month -- quickly getting the attention of Yahoo Sports, BuzzFeed and others. Now, they have an active Facebook page and are posting two new cards every day on the website.

"It's exploding," says Abbott, who works for a biotechnology company in St. Charles. "And we are getting really good at it.... We are pretty much the best in the world, if there was a category."

It's all done by hand, he adds.

"No photoshop," he says. "Straight sharpie on stupid baseball cards." 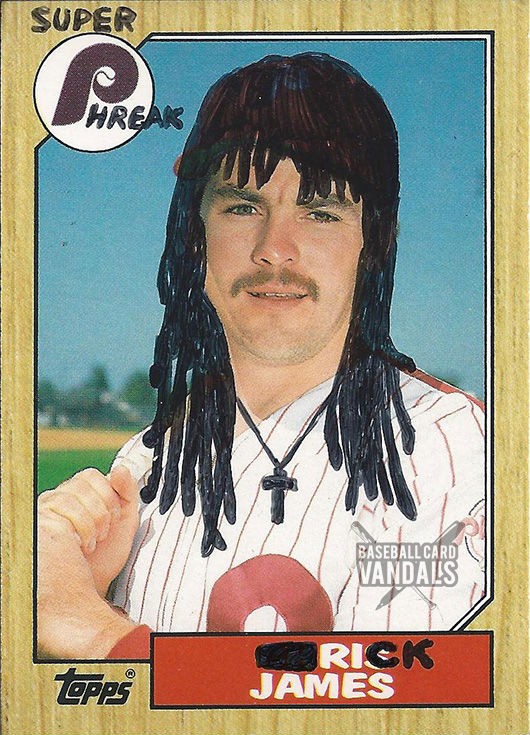 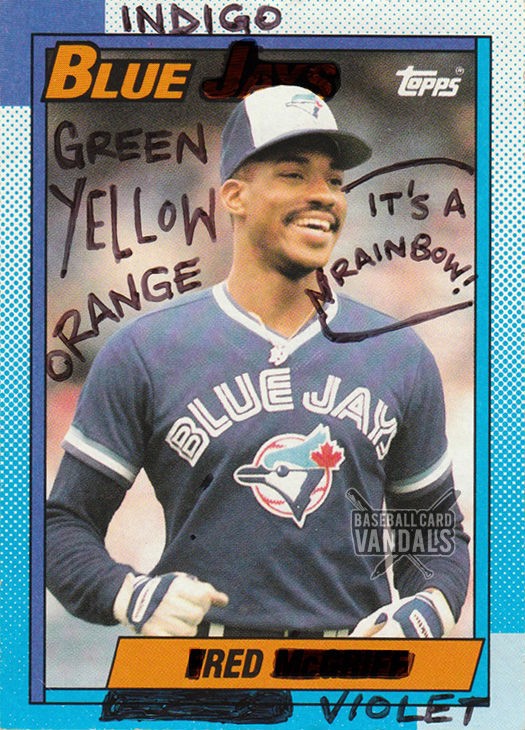