Representative John McCaherty, a Republican lawmaker, can't actually ban abortions in Missouri, because of that whole Roe v. Wade thing -- but that is not stopping him from trying his hardest to add limitations through a new bill that is sure to inspire controversy.

"We can't legally...stop her from aborting a child," McCaherty tells Daily RFT. "But we can restrict what doctors do."

And his bill does target physicians -- not women, who he insists would still have a right to choose under this proposal.

How would this work? And why does the bill have "abortion ban" in the title?

House Bill 386 establishes what McCaherty, the initiative's sponsor, has called the "Abortion Ban for Sex Selection and Genetic Abnormalities Act of 2013." He tells us it does not violate federal policy and that it essentially empowers women to take legal action against their doctors if they feel they were misled or coerced into getting an abortion.

"It really doesn't affect a woman's decision. Obviously, that is guaranteed by the federal courts," he tells us. "It does restrict doctors from selling abortions to patients.... That's what some of them are doing.... We are seeing more and more the sales pitch: 'If this isn't what you really want, abort and try again.'"

As written, the bill, full proposal on view below, says that it is adding to "nine new selections relating to a ban on abortions for sex selection and genetic abnormalities, with penalty provisions."

No person shall intentionally perform or attempt to perform an abortion with knowledge that the pregnant woman is seeking the abortion solely because the unborn child has been diagnosed with either Down syndrome or a potential for Down syndrome.

And in his bill, the same clause applies broadly to "genetic abnormalities" as well "sex selection" -- meaning if the women is choosing to have an abortion because of the predicted sex.

How, though, would the bill regulate the reason behind a women's decision to have an abortion?

While the language in the legislation seems punitive, McCaherty tells us that this legislation simply gives women tools to go after their doctors and creates no penalties for women themselves.

"Down syndrome kids [can be]...very special, very unique, very wonderful children," he says. "That in and of itself is not a reason to abort. It's still her choice. But I don't think it should be the doctor who makes the decisions." 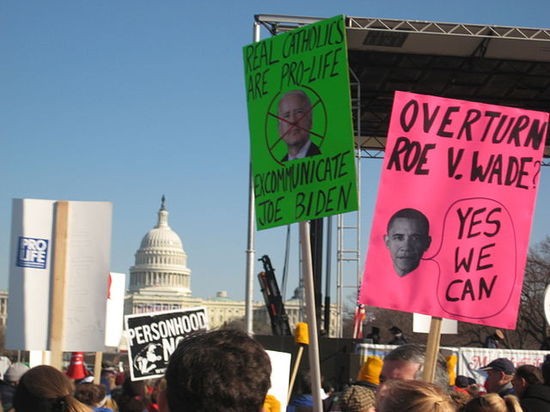 Physicians, as his proposal is written, could face misdemeanor charges or potentially felony charges if they have previously pled guilty or been convicted of these violations.

"I have heard from women who feel they were coerced into having abortions," he says, adding, "Even people that are pro-choice...say sex selection is kind of extreme."

While he repeatedly says he cannot restrict women's choices, he adds, "Obviously, I'm pro-life and my intent would be to limit the number of abortions happening. Would this bill do that? I don't know.... But the decision ought to be between a mother and a father without outside influence from doctors or Planned Parenthood or whoever would be in the business of selling abortions."

He adds, "If a woman truly wants an abortion, she can have it."

Continue for response from one Democratic opponent and the full bill.

The bill was introduced last week and McCaherty says he is expecting a lot of negative feedback -- but feels confident that in Missouri, residents will support it.

"Everybody talks about the war on women," he says. "Probably the biggest war on women we have is in the womb."

Representative Stacey Newman, a Democrat who has been outspoken on the topic, says she hasn't seen the specifics of this proposal yet, but is definitely not a fan.

"It's beyond reasonable. I'm pretty enraged," she tells Daily RFT. "It's just another insult to women's choices.... These are very, very private, personal situations that the legislature has no business interfering with."

In regards to targeting doctor "coercion," she adds, "We're trying to say women are too dumb to know better? Doctors are coercing them into procedures without their knowledge?... That's crazy."