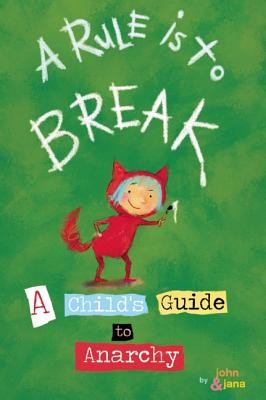 Here's your weekly St. Louis bestseller list for the week ending January 27, as compiled by the St. Louis Independent Booksellers Alliance and based on sales at Left Bank Books, Main Street Books and Subterranean Books.

For the first time ever, one of the top books on the local bestseller list has a connection not to a movie or a reading, but to a play. The number one kids' book this week is Jackie and Me by Dan Gutman, the source material for the latest production by Metro Theater Company/Edison Theatre. The "Jackie" of the title is Jackie Robinson, and our young time-traveling hero learns a few lessons about prejudice and baseball history. (The play is good, too, reports Riverfront Times drama critic Dennis Brown.)

Also at the top at the kids' list, at number two, is Third Time's a Charm, the third volume in local author Angela Sage Larsen's Fifties Chix series.

Over on the adult side, readers have apparently been eager to learn about the worlds of Supreme Court justice Sonia Sotomayor and eighteenth-century author Jane Austen, whose most famous work, Pride and Prejudice, turned 200 this week, and also about St. Louis' German population which, according to the title of the new book by Jim Merkel, provided us with three of our favorite things: Beer, Brats, and Baseball.

1. Mrs Lincoln's Dressmaker by Jennifer Chiaverini 2. Tenth of December: Stories by George Saunders 3. My Beloved World by Sonia Sotomayor 4. Jane Austen's World: The Life and Times of England's Most Popular Author by Maggie Lane 5. Never Hug a Nun by Kevin Killeen 6. Bitter Brew: The Rise and Fall of Anheuser-Busch and America's Kings of Beer by William Knoedelseder 7. Beer, Brats, and Baseball: St. Louis Germans by Jim Merkel 8. The Night Circus by Erin Morgenstern 9. London Under: The Secret History Beneath the Streets by Peter Ackroyd 10. Help, Thanks, Wow: The Three Essential Prayers by Anne Lamott

1. Jackie and Me by Dan Gutman 2. Fifties Chix: Third Time's a Charm by Angela Sage Larsen 3. If You Give a Dog a Donut by Laura Numeroff and Felicia Bond 4. Annie on My Mind by Nancy Garden 5. Another Monster at the End of This Book by Jon Stone and Michael Smollin 6. The Goodnight Train by June Sobel and Laura Huliska-Beith 7. The Little Engine That Could by Watty Piper 8. Diary of a Wimpy Kid: The Third Wheel by Jeff Kinney 9. A Rule Is To Break: A Child's Guide to Anarchy by John Seven and Jana Christy 10. The Fault in Our Stars by John Green