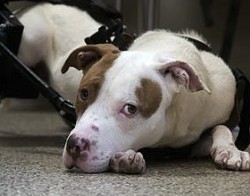 Ron Jackson, 29, shot a dog a dozen times, strangled the animal with an electric cord and dumped the helpless pet into a dumpster to die.

At least those are the allegations he faced back in November after the dog -- who miraculously survived -- was found by a city sanitation worker. But despite police and media reports, the case, for an undisclosed reason, has now been dismissed, a spokeswoman with the St. Louis Circuit Attorney's Office confirms to Daily RFT.

As for the dog, now under the care of Stray Rescue of St. Louis, the story gets slightly better; we've assembled some photos below that show he is recovering and appears to be, finally, in good hands.

KSDK broke the news of the dismissal yesterday in a report outlining the horrific allegations the suspect faced last year and speculating that the case was dropped, because key witnesses were no longer being cooperative with the prosecution. These witnesses had reportedly seen Jackson holding a handgun and standing by the dumpster where the injured dog was eventually found and rescued.

A spokeswoman for St. Louis Circuit Attorney Jennifer Joyce tells Daily RFT that the charges against Johnson -- a Class D felony of animal abuse -- have recently been dismissed. 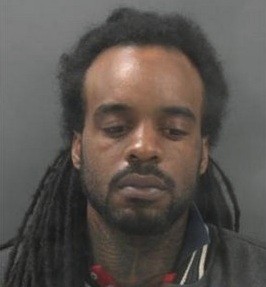 A case can be dismissed for a whole range of reasons, including that prosecutors are sending it to the feds, or they are rolling the case in with bigger charges, or evidence has fallen apart and more. But because it's a dismissal, the Circuit Attorney's Office cannot provide any details on the reasoning beyond confirming that the case is in fact dismissed.

We left several messages for Stray Rescue of St. Louis yesterday, but it seems the organization isn't commenting at the moment, as per this post on the group's Facebook page: "i can't talk about it yet for respect for the circuit attorney's office. But all hope is not lost yet."

If, as KSDK reported, the case was dropped because witnesses were no longer cooperating, it is unclear what the next step would be or if Johnson will ultimately face punishment for his alleged abuse.

But how's the dog doing?

Even though we weren't able to get in touch with Stray Rescue of St. Louis, the organization's website does have a lot of details and heartwarming photos of the badly injured pet, now named OP, short for Optimus Prime. 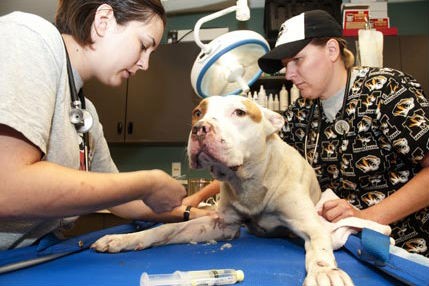 A post on the site titled The Miraculous Recovery of OP says that the dog received intensive medical attention at the Veterinary Specialty Services following his discovery. His limp back legs have been aided by a cart.

This dog suffered unspeakable abuse and was knocking on death's door. Thanks to the dedication and compassion of Stray Rescue staff, Veterinary Specialty Services, the Refuse Department, and Animal Care and Control, OP is likely experiencing trust, safety, and comfort for the first time. It's truly miraculous, and his story can motivate people to continue standing up to this unacceptable criminal behavior.

Continue for more photos of the dog's recovery, compiled from Stray Rescue. 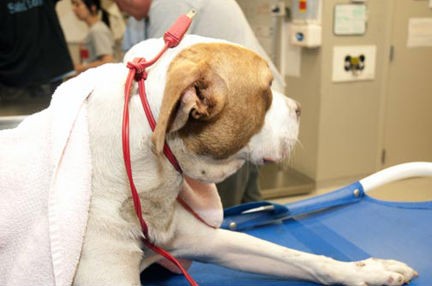 More from our Animals archive: "Love Unleashed: Making Sure Your Pet Doesn't Accidentally Strangle Itself"