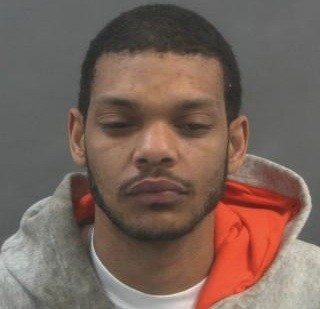 Steven Woodson, 26, is the latest victim of gun violence in the City of St. Louis -- and the fifteenth person lost to homicide so far this year. Officers found him dead last night -- and successfully chased down suspect Karlos Culberson on foot.

Culberson, 31, was taken into custody and the Circuit Attorney's Office has since issued warrants for first-degree murder and armed criminal action. Full reports below.

This latest fatality means that there have already been several more homicide deaths in the city this year compared to the same time period in 2012.

Police report that officers responded to a shooting at the 4000 block of North Taylor and found Woodson in the street with gunshot wounds to the thigh and elbow. He was pronounced dead on the scene.

Officers also found the suspect running in that same area. After a "short foot pursuit," they were able to take him into custody. The investigation is ongoing.

And here's the SLMPD incident report in full:

Incident: Homicide
Location: 4000 block of N. Taylor
Date/Time: 1/29/13 @ 2103
Victim: Steven Woodson, 26-year old black male from the 4000 block of N. Taylor, St. Louis, MO
Suspect: 31-year old black male
Summary: Officers responded to the above location for a "Shooting". Officers discovered the victim in the street at the above location with gunshot wounds to the thigh and elbow. The victim was pronounced deceased at the scene. Officers found the suspect in the homicide running in the rear area of the 4000 block of N. Taylor. After a short foot pursuit officers were able to take the suspect into custody. The investigation is ongoing.

More from our The Big Bloody (Homicides) archive: "Ebony Jackson, St. Louis Homicide No. 3: Her Body Was Found in a Trunk After Her Baby Was Found Abandoned"