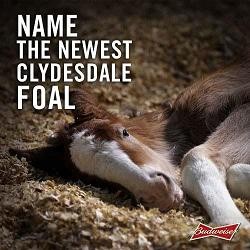 For the 25th consecutive year, Anheuser-Busch is once again the sole beer sponsor of the Super Bowl. This year the St. Louis-based brewer plans to unveil at least four commercials during Sunday's big game that is expected to draw at least 111 million viewers.

The spots include a debut ad for the company's new Budweiser Black, a continuation of its Bud Light "superstition" series of commercials, and a fan contest to name the brewer's newest Clydesdale.

But will the commercials (video teasers below) be worth the $3.8 million per 30 seconds that they'll cost the company to air?

For now all we can confidently say is this: Guys who are into leggy supermodels won't be disappointed with the following Bud Black commercial.

In the clip below, Forbes magazine interviews A-B about its 2013 Super Bowl strategy and samples a few of the ads.

Continue on for memorable Anheuser-Busch commercials from past Super Bowls.

Arguably one of the funniest commercials from 2012:

USA Today ranked the following as one of the best Super Bowl ads of 2010 in its annual round-up.

Got a favorite Budweiser Super Bowl ad of your own? Tell us about it (or share a link) in the comments section below.