On Sunday night, Denise Cooke, 29, decided to get a few drinks.

Only problem was she had her nine-year-old son with her. But Cooke allegedly went out anyway, leaving him alone at the Stratford Inn in Fenton. And authorities may not have discovered him at all, if it weren't for the woman's clothes and purse turning up at a nearby business.

St. Louis County Police tracked her belongings to the hotel where they found the boy, in a bizarre investigation that quickly changed from a missing person search to a child endangerment case — once Cooke returned.

What was her explanation?

"Cooke [indicated] that she had gone out for a few drinks and did not have intentions of leaving her child alone for as long a time period as she did," Officer Randy Vaughn, spokesman for the St. Louis County Police Department, said in a statement yesterday afternoon, adding that the time period he was left alone has not been disclosed by investigators.

After her night out, she eventually returned to the Stratford Inn where she was promptly discovered by authorities and arrested for child endangerment. 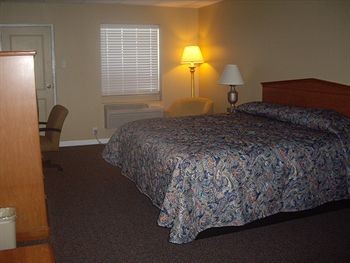 The boy is in protective custody at this time, though police officials are in contact with his grandfather.

How did they end up finding him?

Officers from the St. Louis County Police Department Fenton Precinct responded to a call before 8 a.m. yesterday morning for property that was found at a local business — including clothing and a purse. It was determined that they belonged to Cooke.

That investigation led officers to the Stratford Inn where the boy was located.

Police first sent out an alert for a "missing and endangered person" yesterday before they found her.

Officials say her last known address is from Indianapolis, Indiana.