One of the more contentious proposals making headlines this month at the St. Louis City Board of Aldermen is an initiative to decriminalize marijuana in the city -- by pushing law enforcement agencies to avoid harsh prosecutions of those caught with small amounts of pot.

Some new amendments are expected to be added to Alderman Shane Cohn's bill tomorrow -- and in the meantime, he and the St. Louis Circuit Attorney's Office have been in discussions about how his ideas might ultimately work. Cohn hopes his bill would move cases from the Circuit Attorney to the lower court system.

So what is the volume of cases that could be impacted? The Circuit Attorney's Office has provided Daily RFT estimates on the number of eligible cases from 2012.

Susan Ryan, spokeswoman for St. Louis Circuit Attorney Jennifer Joyce, tells us that in 2012, the office took on a total of around two hundred marijuana misdemeanor cases in which those charged did not have prior offenses and had under 35 grams. Those cases also involved suspects who weren't facing additional charges (such as having an illegal weapon and possessing pot).

Based on those parameters, these two hundred or so cases are marijuana charges that would have been eligible, under Cohn's proposal, to potentially be brought to the City Counselor's Office of St. Louis and treated as a lower offense, instead of to the Circuit Attorney. 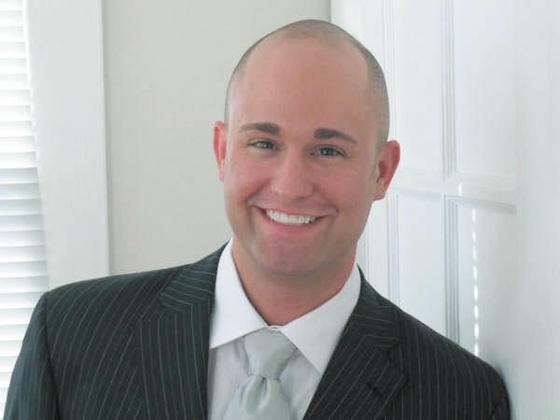 Ryan explains that in 2012, there were hundreds more marijuana misdemeanor cases processed through Joyce's office, but due to other factors -- such as criminal history and connections to other charges -- they would not have been eligible to face a lower punishment under the Board of Aldermen bill, on full view below.

"A majority of the citizens of the City of St. Louis understand...that there is a very real and unfair punishment associated with this," Cohn tells Daily RFT. "We are not trying to encourage use -- we are trying to just go about this in a smart manner, in terms of not unreasonably or harshly punishing people, but at the same time, alleviating the case load in our Circuit Court system."

The Police Department, Ryan explains, does currently have the option to bring cases to either the Circuit Court system or the City Counselor's Office. But Cohn's bill, which also addresses questions of medical marijuana, would create more specific language for how and when police should send cases to the lower court -- for less harsh punishments.

Ryan emphasizes that there is no way to quantify exactly how many cases would have faced these lower charges, given that there are a lot of factors involved when police officers catch a suspect with pot and make the decision of where to send them.

But Cohn says he hopes that, if enacted, his proposal would function as a win-win for the various law enforcement agencies and for public safety more broadly.

"At the end of the day, we need to be fair and reasonable -- and mindful of the precious resources we have at the government," he says. "It's doing the right thing. There are issues with substances being used and abused. We don't encourage the use of it -- but we don't want to unreasonably burden our citizens."

As its currently written, in its first draft form introduced on January 11, the bill maintains that is unlawful to possess marijuana, but provides an exception for lawfully prescribed medical marijuana -- a prescription that would come from another state, since medical marijuana is not established in Missouri.

Continue for more specifics on the bill and the full draft legislation.

The proposed bill says, in part:

[T]he City Counselor's Office of the City of St. Louis has available resources to prosecute minor marijuana offenses in an efficient and expeditious manner in City Court thereby allowing State resources to be focused on more serious crime;... [P]eople should not possess the controlled substance of marijuana, but also should not incur unreasonably harsh consequences as a result of possession of minor amounts;... [V]alid legal prescriptions for medicinal marijuana should be recognized.

In its first few weeks under discussion, Cohn says, "The feedback has been overwhelmingly positive."