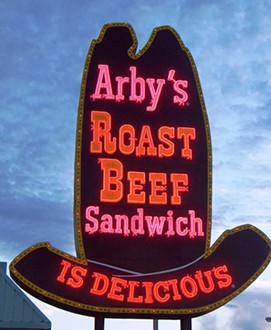 I told you the Cardinals would manage to avoid going the full arbitration route with at least some of their eligible players, didn't I? Damned right I did.
Alright, it isn't exactly a shock to see the organization trying to come to terms with players on their own, rather than going through the process. Every team does that with most, if not all, of their own arbitration-eligible players. It just makes sense.
Anyway, the Redbirds have agreed to terms with Jason Motte, signing their closer to a two-year deal. That's three of the five players already signed, and the first to receive a multi-year contract. Barring something weird happening, I fully expect the Cards to get the remaining two signed in the relatively near future.

As for the contract Motte received (I nearly went with 'Motte gotte', but it seemed trite), the terms are two years, $12 million total. That seems mighty steep to me for a pitcher with such a specialized role, but then, that also just appears to be the economic reality of the game right now. Both Mitchell Boggs and Edward Mujica received one year deals, meaning the nucleus of the club's right-handed relief corps is pretty much taken care of.

The years I don't have a problem with, though two years is essentially the maximum I would be comfortable with for Motte. He may be a viable pitcher longer than that, but I wouldn't want to lay the team's future on that bet. At the very least, I just don't think it's ever a particularly good idea to sign up a reliever for any longer than necessary. Things just change too quickly when you're dealing with those who make their living in the bullpen.

I'm glad the club has moved so quickly to try and get their players back into the fold; I have to give John Mozeliak a lot of credit for that. But paying Jason Motte, who has been very good for this team -- please don't think I'm suggesting he hasn't -- an average annual value of six million dollars a season is a tough pill to swallow. Then again, I suppose we know what the alternative is, having watched various sorts of bullpen shenanigans and failures over the past few years. Motte has certainly brought some much-needed stability to the back end of the Cards' relief corps, I can't deny.

On balance, I don't hate the deal. I don't know that I particularly love it, but I can't say I honestly hate it either. I suppose it's just...one of those things. If you want to be a contending baseball team, you need someone to close out games. And if you want someone to close out games, it's going to cost you. At least this is largely costing the team in money, and not so much in years.