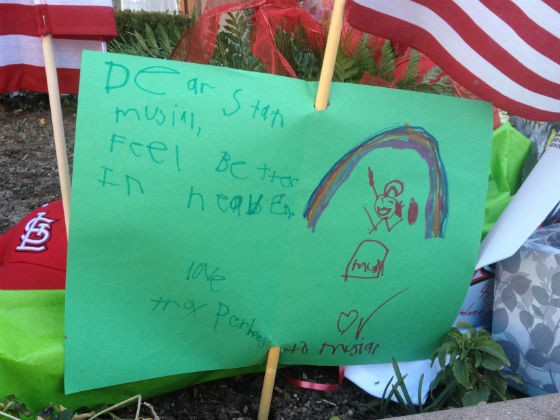 This Thursday, fans mourning the loss of Stan Musial will have an opportunity to formally pay their respects at the Cathedral Basilica of St. Louis. But in the meantime, the Stan the Man statue at Busch Stadium has become a makeshift memorial site where fans are stopping by to pay tribute and say goodbye to the greatest Cardinal whoever lived.

Early Sunday morning, fans flocked to the stadium to drop off flowers, baseball hats and small notes of appreciation for Stan the Man.

Hart said she just cried when she first heard the news on Saturday night. "We knew this day would come...but it's just shocking."

Peter Baugh, 16, who dropped off a bouquet of flowers with his family, said he felt obligated to stop by and pay tribute to such an important St. Louis icon. "Just looking around, you see how much he meant to the city."

He continued, "Stan Musial was obviously the best Cardinal whoever lived. But it's hard to find a baseball player who was an even better person than he was a player."

Baugh added, "Stan would've been humbled by this."

Mark Johnson, a 36-year-old banker, brought his seven-month-old baby, dressed in a Cardinals hat, to the statute.

"He means a lot to the city," he said. "It's probably the biggest connection of any athlete to any city anywhere. I wanted to pay my respects."

It's a good time to celebrate an athlete like Musial, Johnson added, noting the ongoing Lance Armstrong controversy.

"There are still class acts out there," said Johnson, "or at least there were." 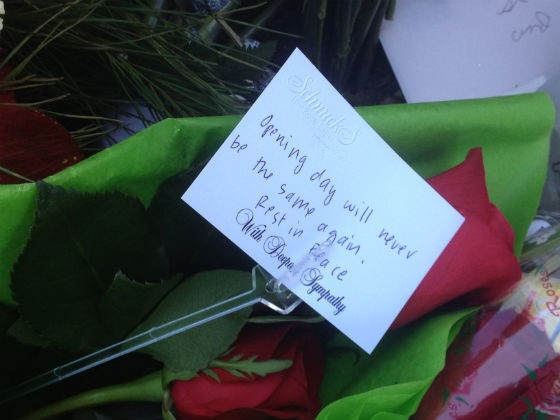