The most recent NHL lockout became a memory on Saturday as the Blues blanked the Detroit Red Wings 6-0 at the Scottrade Center. While covering the first of this 48-game season, photographer Jon Gitchoff asked these fans how they spent the lockout. Here are their responses, which include crying, cursing the birth of NHL Commissioner Gary Bettman, prayer and several rounds of EA's NHL 13. But they came back, proving again that St. Louis sports fans, if nothing else, are a loyal bunch.

Chris Powers of St. Louis (on left) says, "I went to Peoria for minor league hockey games." Michelle Vollmar of Kirkwood says, "I went mad, foamed at the mouth and bounced off the walls."

Damien Edgington of Belleville, Illinois says, "I prayed for hockey to come back. I really hoped Gary Bettman would get fired, but I guess that didn't happen." 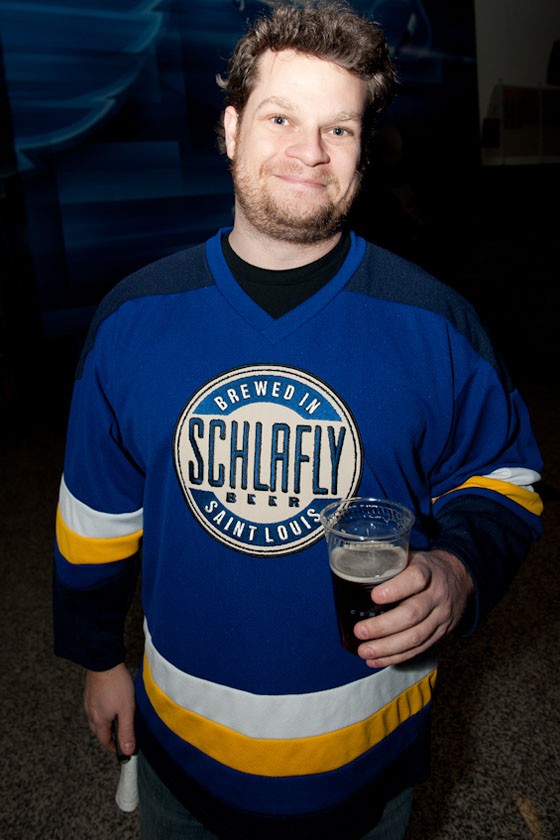 Troika Brodsky, the Communications Director at Schalfly Brewering says, "I sewed this patch on my jersey. I've been anxiously waiting."

Brandon Neer of St. Charles, says, "I sat at home and cried. I went to Peoria to get my fix." Peoria, Illinois is home of the Peoria Rivermen, a professional team in the American Hockey League.

Ryan Ahlemeyer of Cahokia, Illinois, says, "I played hockey and that kept me pretty motivated." (And you thought he was going to mention rescuing cats from trees.)