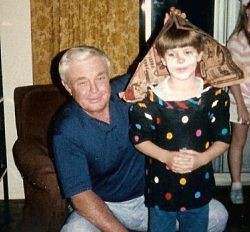 Of all the reminiscences of former Orioles manager and St. Louis native Earl Weaver, who passed away on Friday, few are more touching than the one posted by his grandson Mike Leahy on Facebook. Leahy is the lead singer for the band 7 Shot Screamers and also the non-jumpsuited alter-ego of Clownvis Presley. Weaver's reaction to Clownvis was about what you'd expect.

Here, with Leahy's permission, is his tribute in its entirety:

Having Earl Weaver as a grandfather was the most amazing thing ever. He made the impossible seem possible. He made any dream seem obtainable. Here is a man who spent 21 years traveling the country in the minor leagues, only to go on to become a baseball Hall of Famer, and undisputedly one of the greatest mangers to ever play the game. When I was in the first few years of grade school he was still managing the Orioles. I distinctly remember getting his 1986 Topps baseball card on the very top of a pack I opened in the parking lot of Venture. It was a huge source of pride and confidence in my younger years, and continues to be today.

But more than that, he was the most charismatic man I've ever met. There was nothing like being in a room with him. He was, for a lack of better vocabulary, the coolest. I'm happy I got to see him as often as I did growing up. His frequent visits to Saint Louis were always something to look forward to. He had a family that adored him, and a wonderful wife, my Grandma Marianna, that has always been right by his side. 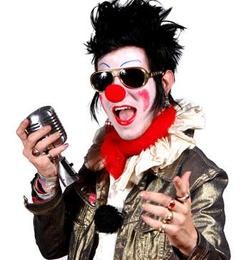 As I grew into a teenager, he thought I was weird, and he let me know it! I remember after playing and singing "American Pie" on my guitar at a family get together, he told me to cut my hair and learn something other than that "damn Apple Pie song". The first time I brought Tammy out to meet him, we were about 17. After a couple drinks he looks at me and says "You think you're James Dean, but you're not.". Then he pauses and looks at Tammy. He looks back at me and says "or, maybe you are.". Everything out of his mouth was snarky and funny, although I don't think he was trying to be either of those things. He just told it like it was, and you had no choice but to smile at his outlook on things.

When I grew up, he loved the 7 Shot Screamers and Clownvis. He always kept up with how I was doing, where I was going, and how much money I was getting paid for these gigs. He wasn't too happy with Clownvis on America's Got Talent, one of his favorite shows. But when I talked to him about it, I explained that when I was up there arguing with those judges, I was evoking HIM! I could tell he got it, although I also realized old people don't necessarily understand a punk rock attitude. He ended that conversation by saying, "Well if your happy with it, I trust ya.".

My family and I will all miss him so much. He was truly amazing. It is nice to see all the great things being said about him in the media today. I am his biggest fan, and feel truly blessed to call him Grandpa Earl.