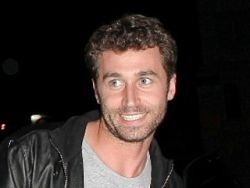 It was not to be. Cygan also rejected a last-minute compensatory offer of Ron Jeremy. Instead, Wash. U. students will have to content themselves with a panel comprised of James Deen, Tori Black and Lance Hart.

Wash. U. students were invited to submit questions well in advance of the event, which is scheduled for February 8 in the university's Graham Chapel.

"Of course, we've also gotten 'how big is your dick' and the Reddit horse-sized duck question of whether you want to fight a horse-sized duck or lots of small, duck-sized horses," she added. "And I'm sorry to say they won't be included."

Our favorite quote in this entire story, though, may be from freshman Sam Schnabel, who told the paper, "I don't know much about sex. I think this week should prove enlightening."