Lance Armstrong, the Robber Baron of the Sporting World 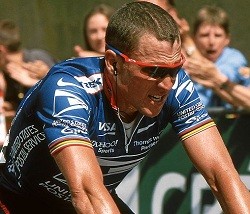